Polls show Biden edging out Trump in Iowa and Wisconsin and holding firm leads in Pennsylvania and Florida. 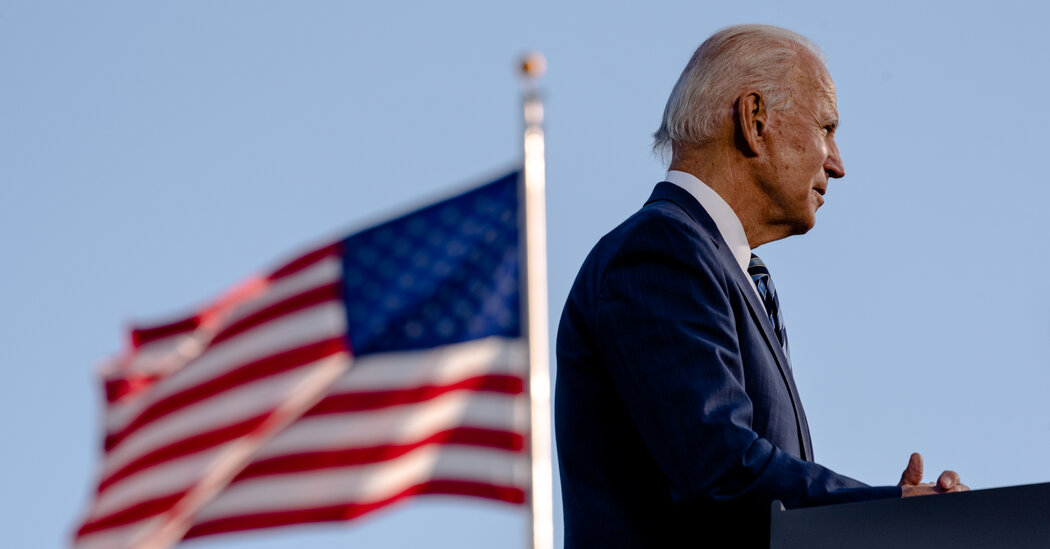 Joseph R. Biden Jr. has strengthened his advantage in a range of key swing states that President Trump won four years ago, according to a batch of state polls conducted after last week’s presidential debate and released on Wednesday.

Taken together, the surveys indicated that as the coronavirus continues to dominate voters’ attention — with an outbreak in Washington now affecting a number of top Republicans, including Mr. Trump himself — it remains a stark liability for the president.

Quinnipiac University surveys in Pennsylvania and Florida each showed Mr. Biden with a double-digit lead among likely voters, up 13 percentage points in Pennsylvania and 11 points in Florida. In both states, just 40 percent of voters approved of Mr. Trump’s handling of the virus, while more than 55 percent disapproved.

A separate Quinnipiac poll in Iowa found Mr. Biden with a five-point edge over the president — within that survey’s margin of error, but nonetheless encouraging for the Democrat in a state that Mr. Trump won by almost 10 points in 2016.

Mr. Biden also held onto a steady, if slim, advantage over Mr. Trump in Wisconsin, according to a Marquette Law School poll released Wednesday — 46 percent to 41 percent among likely voters.

Marquette’s polling in Wisconsin has reflected the steadiness of a race in which voters largely know where they stand: The university has released five polls of likely voters in Wisconsin since June, and in each, Mr. Biden has held a single-digit lead that was within the poll’s margin of error, as it was here.

But if there are any small billows of momentum, they appear to be blowing Mr. Biden’s way. His 48 percent approval rating was the best in any Marquette poll in Wisconsin this year, capping a 14-point rise since February.

In an indicator of how prominent the coronavirus remains in voters’ minds, Marquette found that more than six in 10 Wisconsin voters described themselves as at least fairly worried about the pandemic — including 27 percent who said they were very worried, up from 21 percent last month. Wisconsin has the third most new virus cases per capita in the country in the past week, with over 17,000 cases.

Fully 50 percent of Wisconsin voters said they did not expect the virus to be under control for another year or more.