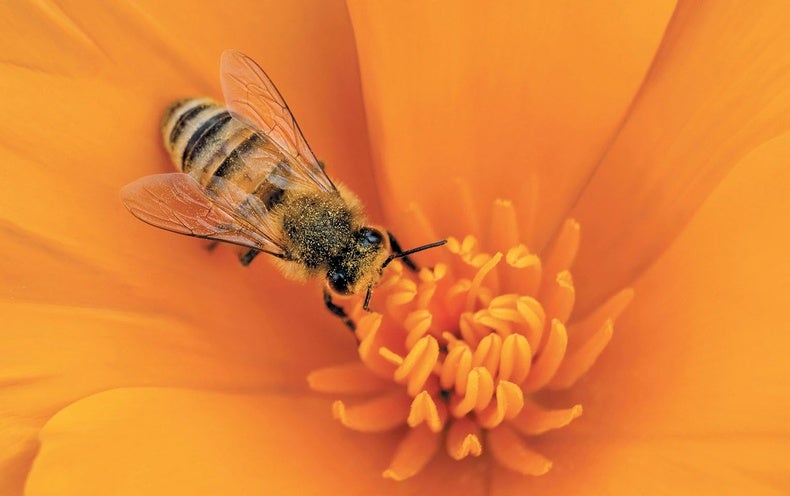 There’s more than just pollen riding on a springtime breeze. Just as some human viruses spread when humans reproduce, plant viruses can use pollen to hitch a ride from flower to flower. A study in Nature Communications shows how plentiful pollen-borne viruses are—and suggests that human activity may help them spread.

University of Pittsburgh evolutionary ecologist Tia-Lynn Ashman and her colleagues used genetic sequencing to catalog viruses on wildflower pollen from four different environments: California grasslands, the California coast, an agricultural area in Pennsylvania and the Appalachian Mountains. The team found 22 known viruses—some of which have serious effects on crops. They also found evidence of hundreds of viruses scientists had never seen.

The findings match results across microbiology, says University of Florida plant virologist Amit Levy, who was not part of the study: “There’s just way more viruses everywhere than we expected.”

The team also discovered an interesting correlation. Flowers from the agricultural site carried genome snippets from more than 100 different viruses, whereas flowers from the California grasslands (where human activity is lowest among the areas studied) had only around a dozen. The other sites had intermediate viral diversity. The researchers hypothesize that plant homogeneity within crop fields could encourage more viruses to inhabit these areas—once a virus evolves to infect a crop, it finds many compatible hosts.

Although this link is preliminary, Levy says it makes sense that industrial agriculture might breed plant pathogens. With plants packed together, “there’s no social distancing between the crops.”

Ashman wonders if honeybees, which farmers often breed, could also exacerbate plant virus spread in agricultural areas. Honeybees are less choosy about which plants to visit than most native bees, potentially carrying viruses between wildflowers and crops.

Hernan Garcia-Ruiz, a virologist at the University of Nebraska–Lincoln who was not involved with the new study, says it grabbed his attention because the authors uncovered a plethora of viruses even in plants that did not appear sick. But such microbes may not be as benign if transmitted from wild plants to crops. Garcia-Ruiz cites sugarcane mosaic virus—a serious sugarcane and corn pathogen that hides in wild grasses in between crop seasons. “As soon as the corn is available, insects move the virus back into corn,” he says.

Ashman agrees that it is important to understand viruses’ effects on a variety of plants, especially if humans are encouraging spread from natural habitats to agriculture and back. As a scientific hypothesis, she finds this prospect “tantalizing”—but “possibly frightening.”

The Universe Is Not Locally Real, and the Physics Nobel Prize Winners Proved It