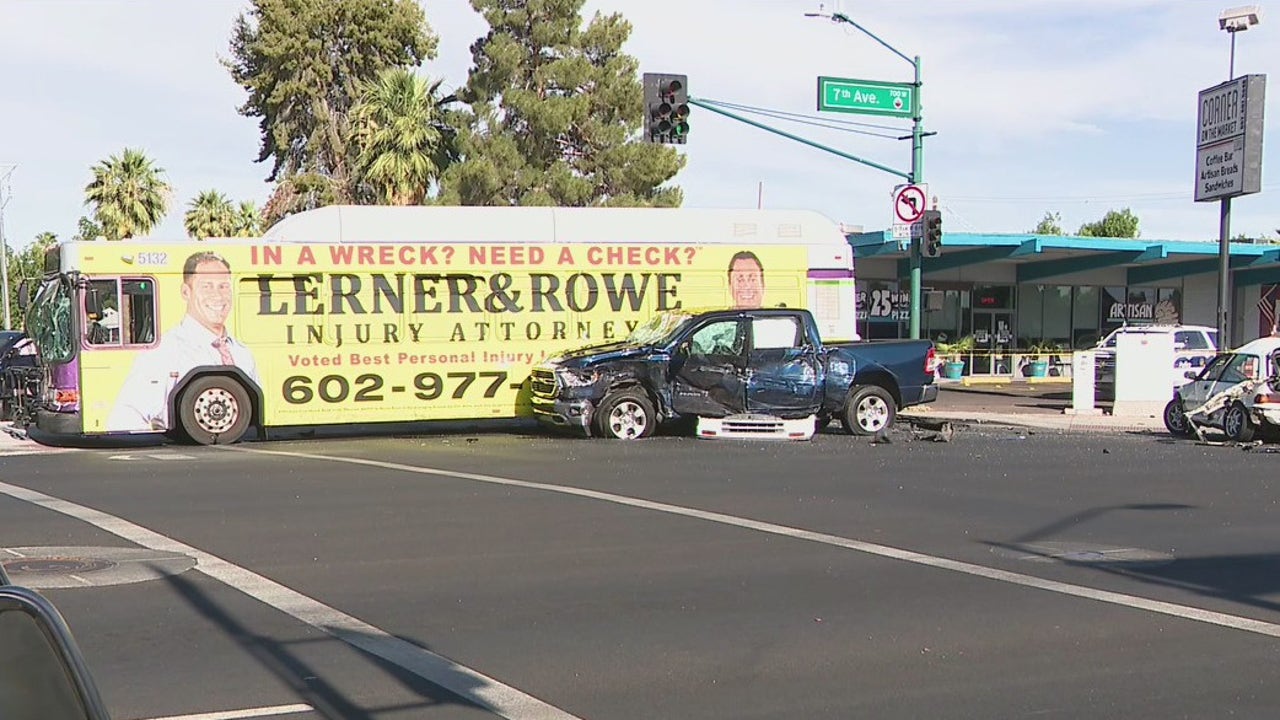 The crash happened in the area of 7th Avenue and Missouri, according to police.

According to police officials, the incident happened just before 4:00 p.m. in the area of 7th Avenue and Missouri. Besides the city bus, a truck and three other cars were involved in the crash.

Besides the three deaths, six others were taken to the hospital.

Andy, who was in the area, describe what happened.

“A huge bang, almost sounds like an explosion. Turned around, looked at the scene, very sad, very disturbing. We tried to get there as quick as possible, started compression, in one of the persons that was laying there. It’s unbelievable, I have never seen anything like this in real life,” said Andy.

Ryan Curry, who drove the truck involved in the crash, said the crash unfolded really quickly.

“Out of the left corner of my eye coming east, an SUV just rolling. I don’t know how fast. It seemed like 50 or 60 miles per hour, but I have no idea. Hit me split second, which slammed me into the bus over there,” said Curry.

Curry said the first thing he did after the crash was to check on his son.

“My 5-year-old was in the back seat, and that was my only concern,” said Curry. “Luckily, he’s alright and I;m alright, so we are lucky.”

Tune in to FOX 10 Phoenix for the latest news

For the latest local news, download the FOX 10 News app