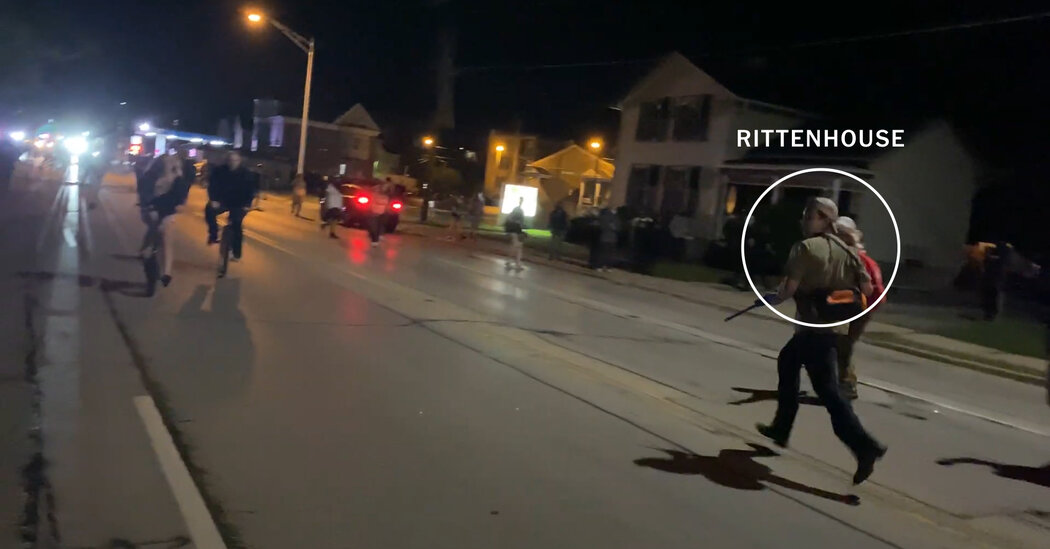 When a video clip containing a glimpse of a controversial episode goes viral, it can ignite an outcry, shift a political debate or galvanize a movement.

But a clip offers just that: only a glimpse.

Since the killing of George Floyd in police custody in May, The Times’s Visual Investigations unit, a team of over a dozen reporters, editors and producers, has examined several cases involving police violence or scenes of protest across the country, seeking to provide a more complete picture of an event. In early June, it looked at the killing of David McAtee in Louisville, Ky. Later that month, it delved into the killing of Rayshard Brooks in Atlanta. Recently, the team broke down a situation in which a man was shot and killed in Portland, Ore., and reconstructed moments that led to the fatal shootings in Kenosha, Wis.

“Often there’s one video from these incidents that goes extremely viral for a variety of reasons; it’s intense, it’s graphic, it’s emotional for a lot of people, but very often, those single videos that go viral don’t tell the whole story of what happened,” said Haley Willis, a video producer on the team who worked on the Kenosha report.

When it conducts these investigations, the team applies the same meticulous approach that it has used to reveal details of a Ukrainian airliner that crashed in Iran or the bombing of Syrian hospitals by Russian pilots. The members use original recordings, explore open sources like social media, analyze and authenticate audio components of a recording, review incident reports, and apply traditional methods of tracking down sources and mapping out timelines.

In the case of police and protest events, the dissection often involves scrutinizing several different pieces of footage frame by frame. And depending on the urgency of the breaking news, the team often marshals its resources to produce a report as quickly as it can, compared with other investigations that can take months.

“Basically, we’re just trying to get all these sources of information, from visual reporting to satellite imagery to police cameras, to indeed understand what happened second by second,” said Christiaan Triebert, a visual journalist on the team. “And it really does come down to a second most of the time.”

In the investigation involving Mr. Floyd, the team spent hours viewing and reviewing footage. It also listened to hours of audio from scanners to track the movement of emergency services. That effort proved worthwhile when it revealed a significant detail: The police were heard upgrading the code of the needed response to a medical emergency, but Officer Derek Chauvin stayed on Mr. Floyd’s neck for nearly seven more minutes, Ms. Willis said. Scanner audio also indicated lags in emergency response time from other services.

While footage from police-worn body cameras is not immediately available, the team might review it once it’s accessible for any new information. In the case of Mr. Floyd, analyzing the body camera footage showed that Officer Chauvin had his knee on Mr. Floyd’s neck 44 seconds longer than previously thought, Mr. Triebert said.

In the Kenosha investigation, Mr. Triebert, Ms. Willis and others on the team pored over hours of livestreams on social media and footage they obtained from the owners of nearby security cameras; plotted details in a spreadsheet; tracked the suspect from different vantage points; and built out a comprehensive timeline of all movement it was seeing. The team also stitched together some movements of the victims.

After noting gaps in their reporting, team members sought to answer lingering questions by reaching out to potential witnesses and people who took the videos. Finally, each producer began writing sections that would soon make up the piece. “Slowly you start to stitch these puzzle pieces together,” Mr. Triebert said. “And slowly but surely, you start to see a timeline build.”

The shootings occurred on Aug. 25. The visual investigation was published about 24 hours later.

For the team, achieving accuracy is always a must. But at a time when these viral events can so quickly become politicized, another priority is presenting the information in a way that’s tonally sensitive and responsible.

“We want to do these types of videos when there is something that we can reveal, or to provide some analysis,” said Whitney Hurst, a senior producer on the team. “We never want to just show something graphic, just to show it. We always want to be able to bring the analysis to the table that can really push the story forward.”

In some cases, the team will pass on an investigation if it finds it isn’t able to bring something new or significant to the conversation.

“When we’re talking about something related to a shooting like this involving an armed civilian, or police brutality or protests, those things are politicized quite quickly,” Ms. Willis said. “The goal, or the reason we do what we do and in the way that we do it, using these openly available sources, is because when we present the information, it’s basically at the deepest level of transparency that a journalist can have with their audience.”

She added: “We want to tell a story that people can believe, regardless of their opinions coming into it. And that’s the value of using these open sources and timelining them out so specifically. We can present them to our audience and say, ‘This is exactly how this happened and if you don’t believe us, you can check this all for yourself.’ I think that’s really valuable with these specific types of cases in the U.S. right now, in such an intensely divided time. And hopefully our style of reporting can break out of that.”

The utmost responsibility of each investigation the team works on, Ms. Hurst said, is to seek out, uncover and convey the facts of what happened — whether that mission takes a few hours, a few days or even a few months — and to present them to their audience in a visual way that offers insight into that news.

More often than not, Ms. Willis said, the responses they get after an investigation have a common thread: “I thought I knew what happened. But I didn’t.”