Police: ‘No idea’ why man shot 5 people before killing self 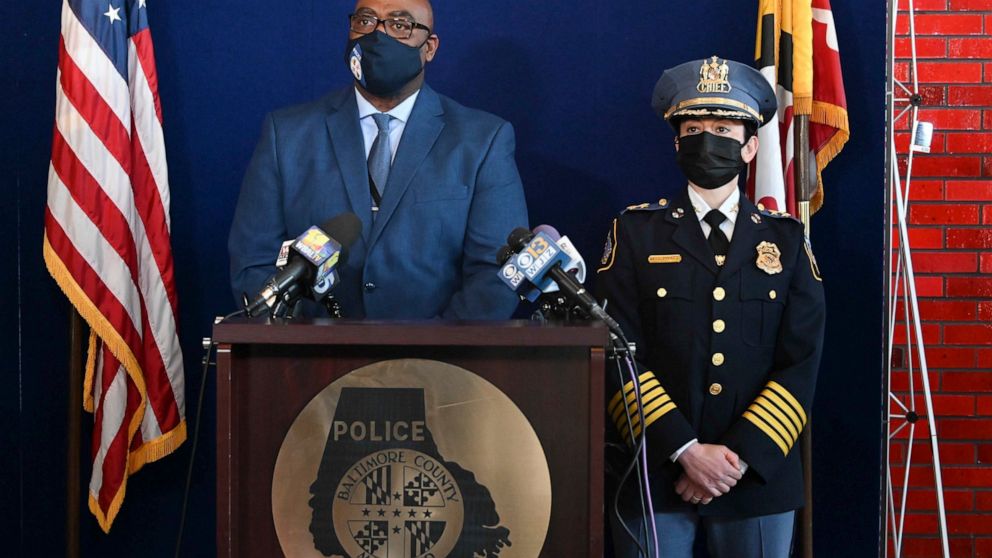 Investigators have “no idea” why a Maryland man fatally shot his parents at their home and gunned down two other people at a convenience store before setting fire to his apartment and killing himself, a police official said Monday.

A gun that Joshua Green, 27, used in Sunday’s deadly shooting spree was registered to him and had been legally purchased in 2020, according to Baltimore County Police Col. Andre Davis.

“As to why this occurred, we have no idea yet,” Davis said at a news conference. “Our homicide detectives are tirelessly investigating a motive, but it appears that the shooter acted alone.”

Police believe Green killed his parents — Douglas Green, 59, and Olivia Green, 63 — at their Baltimore County home before he drove over to a Royal Farms store in Essex just before 7 a.m. on Sunday.

Green blocked in another car in the store’s parking lot, got out and shot and killed Alpha Elizabeth, 63, while she sat in her vehicle, according to Davis. Green then entered the store and fatally shot a customer, 44-year-old Silvester Day Jr., near a cash register before wounding a store employee. Davis said the employee, a man, was in stable condition at a hospital on Monday.

After the shooting, police said, Green returned to his nearby home and set fire to his apartment before shooting himself. Police found the apartment engulfed in flames and Green dead in the parking lot with a self-inflicted gunshot wound.

Homicide detectives found the bodies of Green’s parents in their garage when they went to their home to notify them of their son’s death, according to Davis.

Davis said Green had “no criminal contacts with police” before the shootings.

Police Chief Melissa Hyatt said that there were “more questions than answers” about a “horrific and sickening event which changed the lives of many people.”

“For now, we know that four innocent people lost their lives and one person sustained serious injuries,” she said.

Hyatt said police have spoken to a relative of Green but she didn’t elaborate.

“When we are able to definitively have facts and information, we will relay that. We just want to make sure that we are putting out accurate information,” the chief said.

Green’s parents lived in an unincorporated part of Baltimore County called Baldwin. Daniel Brennaman, 73, a neighbor who lives two doors down from the couple’s home, said he noticed a police cruiser and saw a photographer out in front of the house while walking his dog on Sunday evening.

“A storm blew through here, and I thought it was a car accident around the corner,” he said. “I haven’t heard a thing.”

Brennaman said he has exchanged greetings and small talk with the couple but didn’t know them personally.

“I wave at him from time to time. He’s always working in his yard,” he said.

Royal Farms spokesperson Breahna Brown said Sunday that the company had no immediate comment on the shooting at its store.