Police grilled South Dakota AG on phone use before crash 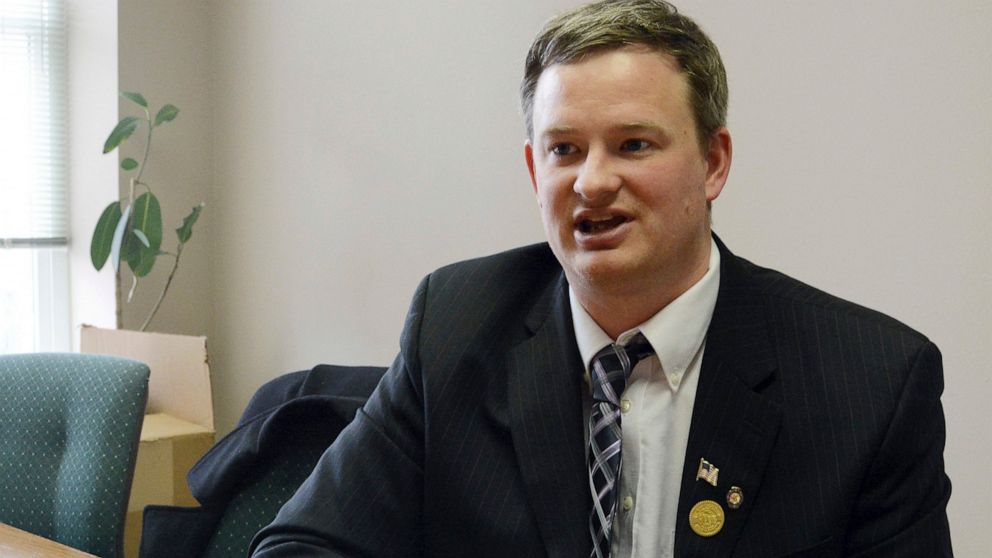 SIOUX FALLS, S.D. — Investigators questioning South Dakota’s attorney general after a fatal car crash pressed him on how he did not realize he had struck a man and whether he had been reading email and checking news sites on his phone immediately before, according to videos of their interviews.

In two videos released by Gov. Kristi Noem late Tuesday, criminal investigators confront the state’s top law enforcement officer, Jason Ravnsborg, with gruesome details of the crash, at one point telling him: “His face was in your windshield, Jason, think about that.”

Ravnsborg appeared unsure of how he had swerved onto a highway shoulder and killed 55-year-old Joseph Boever, but detectives told him Boever’s glasses had been found inside his Ford Taurus and that bone scrapings were found on the rumble strip of the highway shoulder. Investigators said they found one part of Boever’s severed glasses on the front, passenger-side floorboard and the other part in the back seat.

The Republican attorney general is facing three misdemeanor charges in the Sept. 12 crash, as well as calls for his resignation from Gov. Kristi Noem and impeachment proceedings in the Legislature.

Noem made the extraordinary move of releasing over three hours of video from two separate interviews, the Argus Leader reported. One took place two days after the crash, while the other was weeks later, after investigators had determined more details about what happened.

In the interview, Ravnsborg insisted he wasn’t looking at his phone at the moment his car struck and killed Boever. Ravnsborg appeared distressed as he heard how the impact with Boever’s body had left an imprint on the car hood and smashed the windshield.

The detectives pressed Ravnsborg on whether he was distracted when he hit Boever. After he said he was not using his phone before the crash, they confronted him with phone records, telling him they show he logged into his Yahoo email account and accessed a news website minutes before he called 911 to report the crash.

“So when we look at that, our concern is everything we are seeing here is it’s appearing you were on your phone reading political stuff at the time,” the detective told Ravnsborg, adding, “People make mistakes.”

They pointed out that he had previously been called out for using Twitter while driving in the Black Hills, but Ravnsborg insisted that he had set the phone down before he hit Boever.

He said the last thing he remembered before the crash was turning off the radio and looking down at the speedometer. He had been accelerating after passing through the town of Highmore, but said he had not yet set his cruise control. Prosecutors said they determined Ravnsborg was driving 67 mph (108 kph) — just 2 mph over the speed limit — when he struck Boever.

The attorney general has been charged with using his phone while driving, but prosecutors said his phone records show he had locked the device about a minute before the crash.

The detectives also questioned how Ravnsborg could have searched the area with his cellphone flashlight, at one point walking right by Boever’s body, and not seen his body. They pointed out that part of Boever’s white skin was exposed and a flashlight he had been carrying was still on. The detectives said it would have been hard to miss both Boever’s body, lying in the grass near the highway pavement, and a flashlight shining on a dark night.

Ravnsborg insisted he saw neither and pointed out that the sheriff and tow truck driver who arrived later also had not spotted Boever’s body or the flashlight. Earlier in the interview, the attorney general told detectives that he had no idea he had killed a man until the next day when he stopped by the accident scene with his chief of staff, Tim Bormann.

In a statement calling for Ravnsborg’s resignation, Noem said she would be releasing video of the interviews. Ravnsborg has indicated he has no intention of stepping down.

Meanwhile, prosecutors who charged the attorney general had asked the Department of Public Safety to not release the videos.

Michael Moore, the Beadle County State’s Attorney, said Wednesday that the videos’ release defies open records laws that exempt such information from being made publicly available, could influence potential jurors, and violates “the rules of professional responsibility” for criminal cases.

“Every defendant has the right to a fair and impartial trial,” Moore said.