Police capture man wanted in 4 killings after week on run 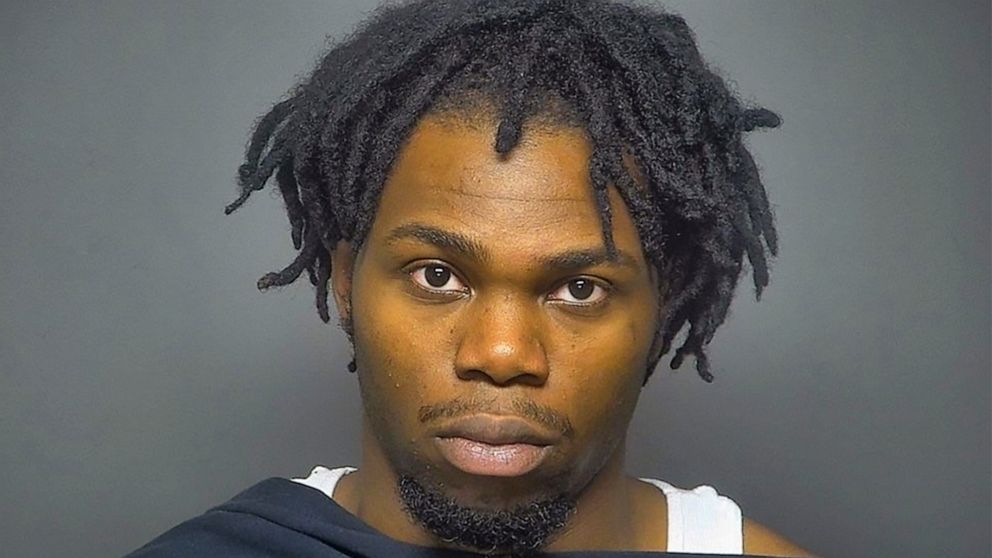 COLUMBIA, S.C. — A weeklong manhunt for a suspect wanted in the killings of four people ended without another shot fired on Monday as hundreds of officers surrounded him in South Carolina, authorities said.

Tyler Terry was arrested around 10:30 a.m., and neither he nor the more than 300 officers searching for him were hurt during his arrest, the Chester County Sheriff’s Office posted on Twitter.

The manhunt finally ended after at least four confirmed sightings of Terry since he ran from a wrecked car after firing on Chester County deputies on May 17.

Deputies didn’t immediately release any other details on Terry’s arrest.

Investigators didn’t think Terry was getting any help, but broke into vehicles or possibly barns and sheds and lived off the land. He managed to steal a gun, water, shirt and shoes from an unlocked work truck last week, authorities said.

“I imagine he is pretty hungry. He’s probably pretty thirsty and if he has been drinking water out of the creek, he probably isn’t feeling too well,” Chester County Sheriff’s spokesperson Grant Suskin said.

Terry, 26, is charged with murder in a shooting in York in early May, the killing in Great Falls of the estranged husband of the woman who drove the car as he fired at officers, and the deaths of two other people in Missouri on May 15 during robberies in the St. Louis suburbs, authorities said.

Sometime overnight, Terry was spotted wearing no shoes and all black clothing. Hundreds of officers surrounded the area in eastern Chester County as the sun rose Monday.

The main highway through that part of the county was closed to only one lane of traffic. Other roads were closed, too. Deputies urged people to stay inside, lock their doors and call 911 for anything suspicious.

The search grew from about 100 officers last week to 300 officers Monday. The seven-day manhunt in the same area for a suspect is one of the longest in recent memory in South Carolina.

“He’s been homeless for some time and may have spent long periods of time living in the woods. I’m not saying he is Superman, but that could help explain some things,” Suskin said,

The woman driving Terry was arrested after wrecking the car. Adrienne Simpson, 34, is charged along with Terry with killing Eugene Simpson, from whom she had been separated for several years. An arrest warrant said she confessed that both she and Terry shot the father of her children, and that she helped dump his body in a ditch.

Simpson, who had a black eye in her booking photo, was the victim when Terry was arrested on a first-degree criminal domestic violence charge a year ago. Terry hit his girlfriend so hard that she lost hearing in an ear and had an eye swell shut, according to an arrest warrant from Chester.

Police in Myrtle Beach also charged Terry with domestic violence after he hurt Simpson’s hand and broke her phone in a March 31 argument, according to a police report.

Simpson’s mother, who said she spoke with her after her arrest, said Terry was physically and mentally abusive and her daughter was scared of him but also loved him and thought he would change. The couple was together in Missouri, where she was charged as an accessory after the fact in the York killing.

“I pray that he is caught. And I pray that he comes out alive so he can face justice. And I pray Adrienne is cooperating with law enforcement. Which I know she will serve serious time for her part in it. But she don’t need to take the fall for all of it,” Carol DeWitt told WBTV-TV in Charlotte, North Carolina.