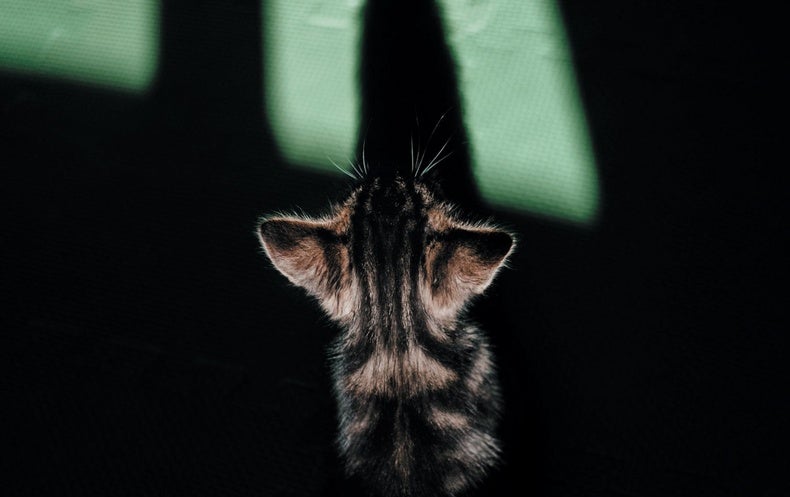 Look at me in this box all alone.
Who’s to care if I don’t feel at home?
There’s just this device,
Which isn’t so nice,
To see that I live or get blown….*

Erwin’s cat caterwauls to her mate:
Verschränkung’s† controlling my fate.
Alive and quite dead,
I exist in his head,
A mere plaything of his mental state.

So, okay, I’ll exist in his head,
Both alive and impossibly dead.
I’ll welcome this feat
From my sweet catbird seat
For as long as he keeps me well fed.

Though I’m only a thought in his mind,
It is taught I’m a curious kind.
Not here and not there,
I pop up everywhere
Demonstrating one cat’s double bind.

*In a 1950 letter to Erwin Schrödinger, Albert Einstein wrote of the cat “alive and blown to bits.” Einstein’s original suggestion to Schrödinger in 1935 mentioned gunpowder, not a Geiger counter and poison.

†Verschränkung—“entanglement.” Schrödinger coined this term while developing the thought experiment.