Plexiglass and preparations as the vice-presidential candidates gear up for a high-stakes debate. 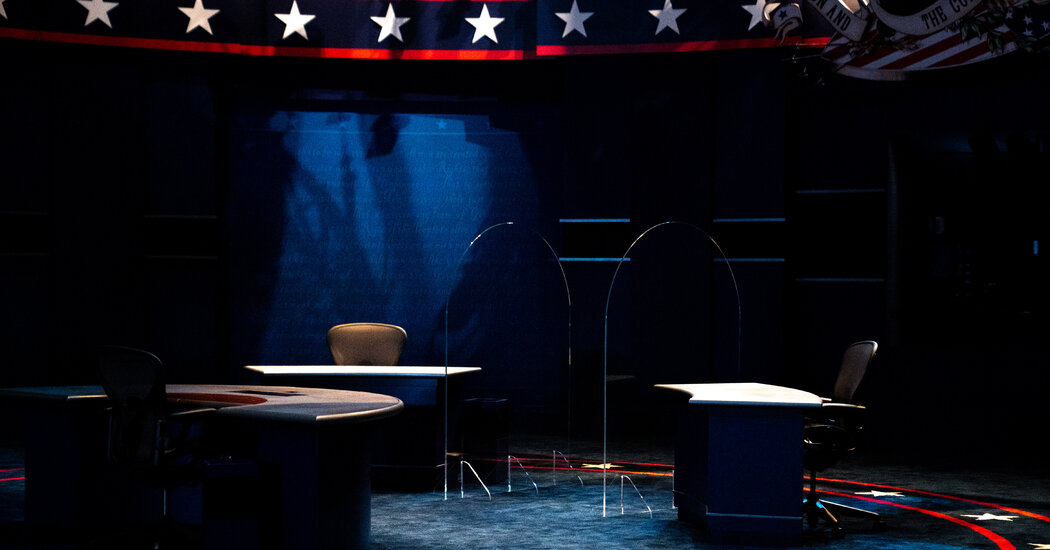 The plexiglass dividers that will separate Vice President Mike Pence and Senator Kamala Harris when they face off at their debate tonight in Salt Lake City will serve as powerful reminders of how the coronavirus has upended the presidential campaign and life in America.

A pandemic that has killed more than 210,000 people in the U.S. and cost millions of jobs was always going to be front and center in the campaign, but the physical dividers — the subject of a mini-debate about the debate when aides to Mr. Pence briefly objected to them — underscore the extent to which the outbreak has spread in recent days through the top levels of government, infecting President Trump, military leaders and several members of the Senate.

The outbreak served as a grim reminder of the main role of a vice president: to be able to step in and lead should the president become incapacitated or die.

Ms. Harris, still a relative newcomer to national politics who arrived in Washington as a senator in 2017, will have to make the case that she is ready to be a heartbeat away from the presidency. And Mr. Pence, the head of the White House coronavirus task force, will likely have to defend the government’s response to the virus — an effort that lagged behind other developed countries in Europe and Asia.

Both candidates have been preparing carefully. Mr. Pence went to Salt Lake City with two core players in his debate prep: Marc Short, his chief of staff, and the former Wisconsin governor Scott Walker, who played Ms. Harris in several formal 90-minute debate prep sessions that were held with the answers timed. (Aides said that Mr. Pence likes to prepare with people he feels comfortable with, and so they chose Mr. Walker — who had helped him prepare for his debate four years ago — rather than someone who was trying to look or sound like his opponent.)

At Ms. Harris’s mock debate sessions, Mr. Pence was played by Pete Buttigieg, the former mayor of South Bend, Ind., who ran in the Democratic presidential primary. Mr. Buttigieg was selected, aides said, for his debating skills and also because of his knowledge of Mr. Pence’s record as governor in their shared home state, Indiana.