PlayStation apologizes for PS5 preorder fiasco, says process ‘could have been a lot smoother’ – Fox Business

Needham & Company senior analyst Laura Martin explains why video game sales skyrocketed during the pandemic, including the lack of live sports, and sees the video game industry will continue to increase in revenue.

PlayStation took to Twitter on Saturday to apologize for the fiasco that ensued over the weekend after PS5 preorders were launched prematurely by retailers.

“Let’s be honest: PS5 preorders could have been a lot smoother,” the gamemaker said. “We truly apologize for that.”

The company noted that it will release more PS5 consoles for preorders over the next few days, with retailers expected to share more details soon. PlayStation added that more PS5s will be made available through the end of the year.

Sony revealed on Wednesday that the PS5 will cost $499.99 when it launches alongside the game maker’s $399.99 Digital Edition. 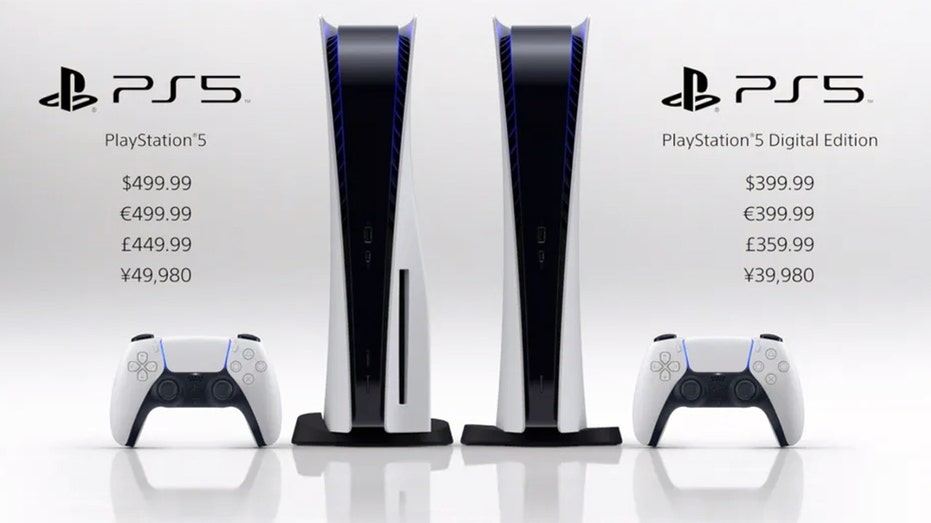 The PS5 will launch on Nov. 12 in the U.S., Japan, Canada, Mexico, Australia, New Zealand, and South Korea before being unveiled to the rest of the world on Nov. 19.

“We’re pleased to provide choice to gamers with two PS5 console options at launch, depending on if you want a digital-only experience or prefer disc-based gaming,” Sony said in a press release Wednesday. “Whichever PS5 you choose, you’ll enjoy the same breathtaking, next-gen gaming experiences.”

The PS5 comes with a custom processor that supports 4K graphics and ray-tracing support and an SSD hard drive that provides “lightning-fast” loading speeds.

In July, Sony said it would offer plenty of advance notice as to when preorders for the highly anticipated console would go live.

However, the actual announcement came as a total shock to gamers, with Sony announcing that PS5 preorders would start as early as Thursday.

To make matters worse, retailers including Walmart, Target, Best Buy and GameStop all jumped the gun on the announcement by beginning to offer preorders just a few hours after the initial announcement was made. The move resulted in PS5 consoles running out within minutes and retailers’ websites crashing, leaving many gamers frustrated.

MICROSOFT CONFIRMS XBOX SERIES S TO BE PRICED AT $299

Microsoft’s Xbox took to social media following the trouble to mock its competitor, saying it would let gamers know “the exact time pre-orders start” for their upcoming next-generation consoles, the Xbox Series X and Series S.

Two days later, video game journalist Geoff Keighley shared the preorder times by country for the Xbox Series X and Series S, noting that he’s “heard Xbox will be penalizing retailers by lowering allocations if they break these embargoes.”

The Xbox Series X and Series S will begin preorders on Sept 22, with the consoles officially set to launch on Nov. 10 for $499 and $299 respectively.

In addition to details about the PS5, Sony released pricing for the console’s accessories, including the DualSense Wireless Controller for $69.99, PULSE 3D wireless headset for $99.99, an HD Camera with dual 1080p lenses for broadcasting for $59.99, a media remote for movies and streaming services for $29.99 and a DualSense charging station for $29.99.

The company also gave gamers sneak peeks at some of the console’s upcoming titles and announced the PS Plus Collection, which offers PlayStation Plus members the ability to download and play from a “curated library of PS4 games that defined the generation,” including Batman Arkham Knight; Bloodborne; Fallout 4; God of War; Monster Hunter: World; Persona 5; and many more.

The PS Plus Collection benefit will be included along with existing PS4 benefits that PS Plus members receive for a single subscription price.