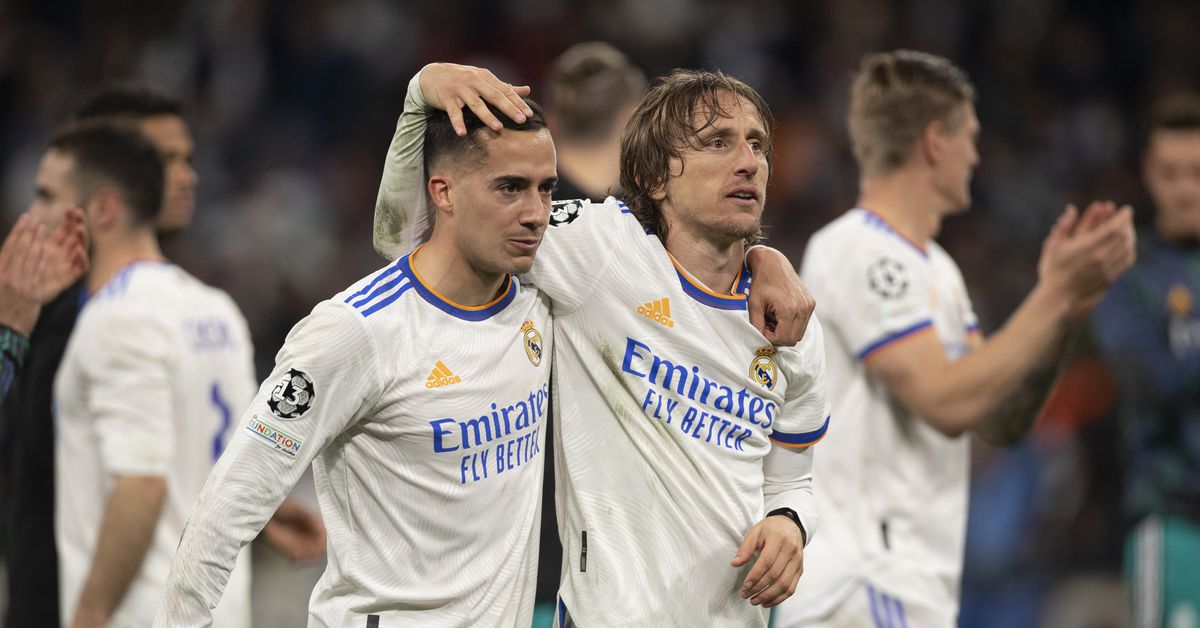 Real Madrid have secured their passage to the UEFA Champions League semi-finals for the second consecutive year. Goals from Rodrygo Goes and Karim Benzema were enough to see Madrid squeak past Chelsea in a near-comeback for the defending Champions.

Thibaut Courtois—7: Showed off some impressive footwork in this match including a cut back to deciece Havertz. Strong in his distribution and made 4 saves from inside the box.

Dani Carvajal—7: A few heart-in-mouth moments with a couple of his passes back to Courtois, but otherwise put in a strong shift. Had to feature as a center back in the final 30 minutes of the match, and arguably played his best minutes in that position.

Nacho—4: A poor performance from the former Spain international. Took too many gambles that did not pay off— including a gamble on the first goal Chelsea scored.

David Alaba—6.5: Like Nacho, had some mistimed aggressive step up’s to take the backline out of shape, but found his way back into the match and kept Havertz and Loftus Cheek quiet.

Ferland Mendy—4: May not have been fully fit for this match and his performance suffered. Got caught on the ball and was lucky not be punished as VAR ruled out Chelsea’s third goal.

Casemiro—5: Tuchel adjusted his system and Casemiro did not have the same impact as the first leg.

Fede Valverde—7: As the game wore on and the transitions increased, the tired legs increased, and the overall chaotic state of the match increased — Fede arrived. His match was subdue for the opening 70 or so minutes, but when it was time to dig deep, Fede Valverde’s performance evolved and he left his heart out on the field.

Toni Kroos—6: Like Casemiro, did not have the same impact as the first leg. Did not play poorly, but was upset to be substituted out of this match in the 73rd minute.

Luka Modric—8: Came alive in the final stages of the match and produced an assist that belongs in the Louvre.

Vinicius Junior—6.5: Not his best match, looked tired and disconnected for much of the game, but has become a talent that cannot be replaced. He just needs one moment. That moment came in the form of an assist for Benzema on Madrid’s 2nd goal.

Karim Benzema—7: Scored the goal to secure Madrid’s passage to the semifinals.

Lucas Vazquez—7.5: Elite mentality. Came into the match determined to help Madrid secure passage to the next round. Played with no fear.

Rodrygo—7.5: Entered in the 78th minute and a minute later scored the first goal to bring Madrid back into the tie.

Eduardo Camavinga—8: Crucial in both goals by hounding and pressing the opposition into a turn over. His energy, ability to cover ground, and composure on the ball aided the team’s comeback.

Marcelo—6.5: Had no right winning a header over Ruben Loftus-Cheek, but did so and ignited the attack on the second Madrid goal.