The Pittsburgh diners who were screamed at by Black Lives Matter protesters say they did not invite them to drink their beer and have demanded an apology from the demonstrators.

Cellphone footage taken Saturday shows a crowd taking over the outdoor dining space with one person, identified as Nique Craft, approaching the older couple’s table before drinking their beer in front of them. Craft said Monday the couple invited her over for a drink and to discuss the situation.

But the elderly couple, who wish to remain anonymous, say that is not the case and instead say they want an apology from the protesters who surrounded them.

The unnamed pair told KDKA that they support the movement and were happy to see the earlier demonstrations, but said the group in the viral footage ‘is not part of that movement’.

They said that they kept quiet as one protester, identified as Lorenzo Rulli, told them ‘**k the white people that built the system’ to avoid escalating the situation further.

In response to their drink being taken the couple say they do not want jail time for Craft but want her to ‘be accountable for her actions, apologize and to clean the mess up’. 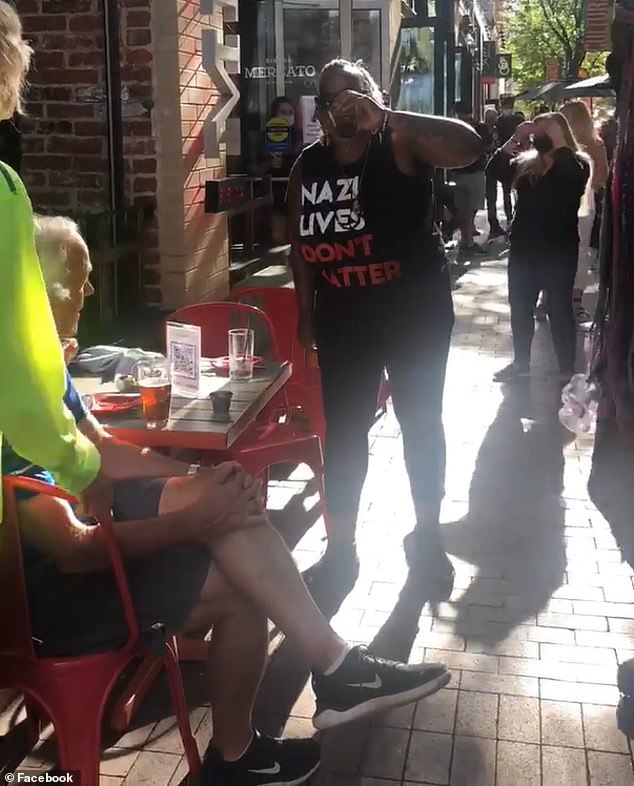 When demonstrators entered the outdoor dining space, Nique Craft (pictured) person took a couples’ drink and drank it herself before leaving. The couple say they did not invite them to drink their beer and have demanded an apology from the demonstrators 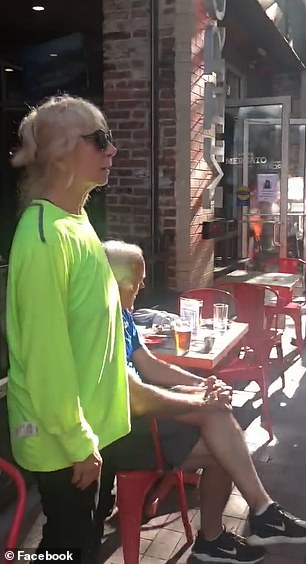 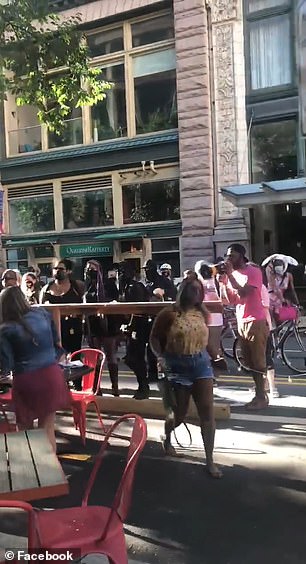 On Tuesday morning Donald Trump waded into the situation on Twitter, writing: ‘BLM Protesters horribly harass elderly Pittsburgh diners, scaring them with loud taunts while taking their food right off their plate. These Anarchists, not protesters, are Biden voters, but he has no control and nothing to say. Disgraceful. Never seen anything like it. Thugs!

‘….And because of weak and pathetic Democrat leadership, this thuggery is happening in other Democrat run cities and states. Must shut them down fast. Biden and his most Liberal in Senate running mate, Kamala, won’t even talk about it. They won’t utter the words, LAW & ORDER!’

Protester Craft, who identifies as nonbinary, had told The Pittsburgh Post-Gazette,  the incident sparked when protesters marched through the area and three men shouted ‘Blue Lives Matter.’

It’s unclear if these men were diners or pedestrians in the area. 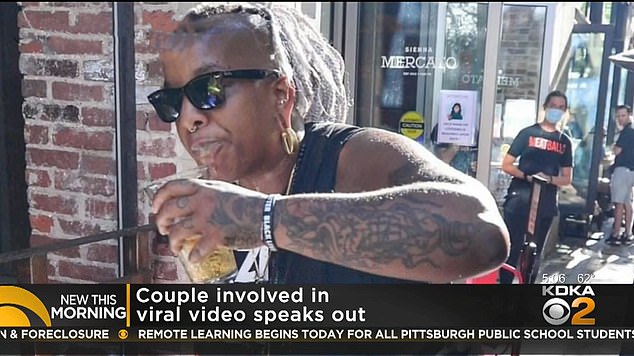 On Tuesday morning Donald Trump waded into the situation on Twitter

When protesters approached the group, one man reportedly swung at people.

Craft told the Post-Gazette that one man grabbed Craft’s hair and placed a hand on Craft’s chest, saying he was trying to stop a confrontation from happening.

After the initial confrontation  Craft said that the older man seen in footage chastised protesters for their actions. But Craft claimed the man’s wife invited her over for a drink and to discuss the situation.

‘So, being a theatrical, snarky type of person that I am, I said that I don’t have time to wait for you to order another beer; I will take the one you have,’ Craft said.

The couple denied this was the case.

Lorenzo Rulli, who wore a purple shirt and shouted at the older couple, said that the videos also didn’t show a number of agitators who harassed demonstrators that day.

‘We don’t target businesses,’ he told Post-Gazette. ‘Our restaurant industry in the city supports us very much.

He added that people at the restaurant were cheering for demonstrators, and he only approached the older couple after they disparaged him.

‘The reason I engaged the individual man and his wife is because … her husband called me “an embarrassment” and “disgusting,”‘ he said. 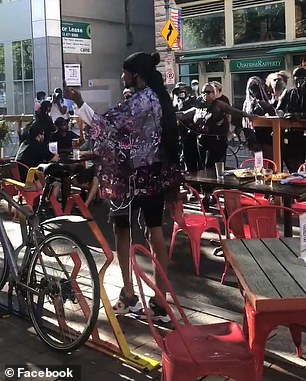 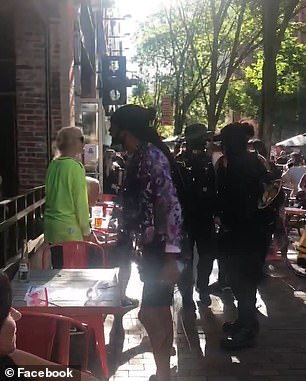 Lorenzo Rullie (left and right): ‘The reason I engaged the individual man and his wife is because … her husband called me “an embarrassment” and “disgusting”‘ 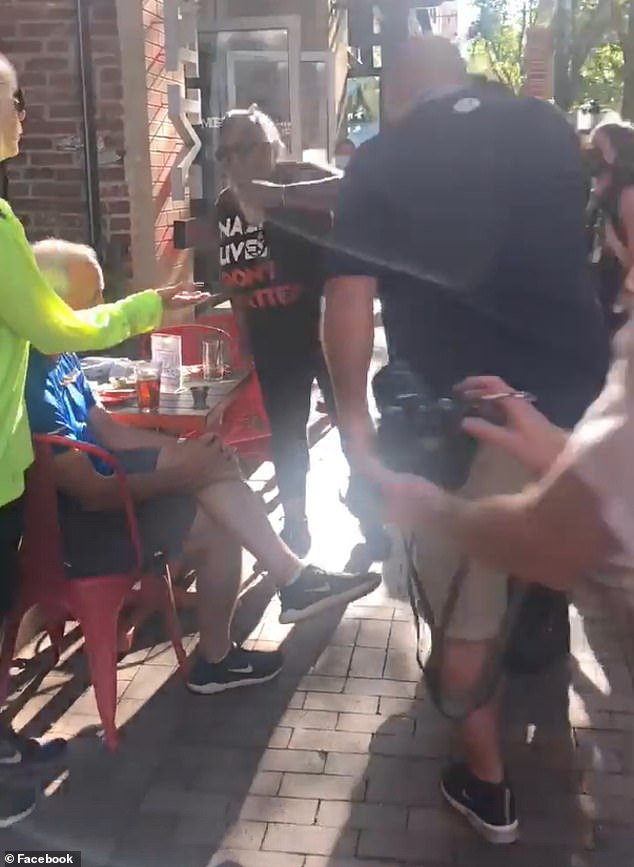 Police in Pittsburgh are said to have launched an investigation into the clip.

The demonstrations are in response to several black Americans who have died in police custody, with the recently shared footage of the death of Daniel Prude in Rochester, New York in March, sparking the new wave of outrage.

Similar scenes have played out across the county with a diner in Washington D.C. last week cornered by a group of anti-racism protesters outside a restaurant. In another incident, diners in Rochester were also confronted by a large group of demonstrators.