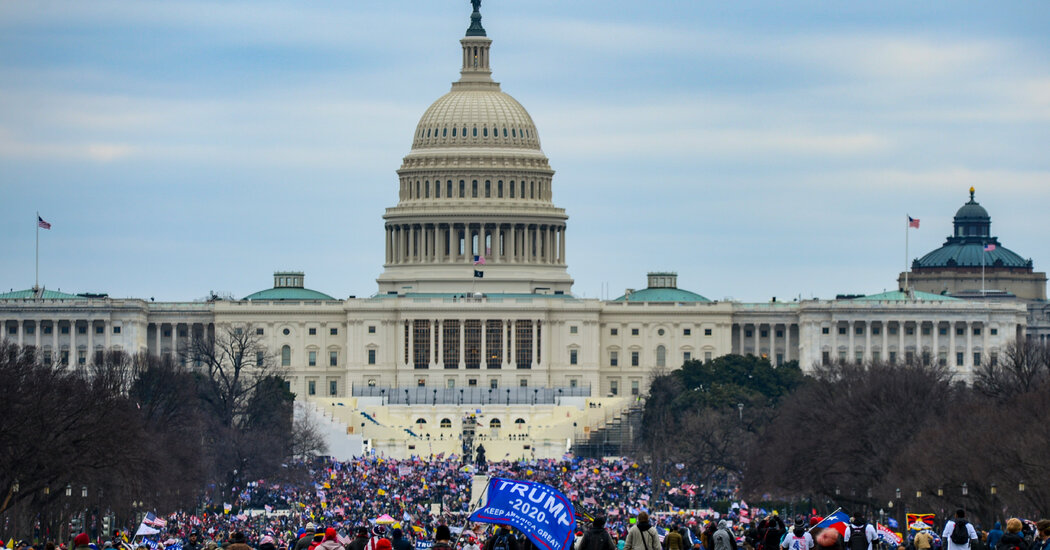 Mr. Reffitt struck Mr. Hardie as a can-do sort of guy, and one day they got together in a local park to discuss politics and their mutual loathing of Congress. Both agreed that Speaker Nancy Pelosi was “evil incarnate” and that most Washington politicians were “corrupt and destroying the country,” Mr. Hardie said.

Their concern about the nation deepened after the election — “a catastrophic event,” as Mr. Hardie called it, which they believed had been marred by fraud and cheating. By then, a group chat shared by the Texas Three Percenters was marked by “an apocalyptic tone,” he said, as several members discussed the vote results and eventually a plan to go to Washington in January.

Mr. Hardie and Mr. Reffitt decided to go together, and after packing radios, body armor, two pistols and a pair of AR-15 rifles into the back of a Chevrolet Equinox owned by Mr. Reffitt’s wife, they left for Washington on Jan. 4 and spent the night in Nashville. On the road, Mr. Hardie said, they chatted about their families, politics and the fact that certain “people need to be taken out of government.”

When they arrived in Washington on Jan. 5, they checked into the Melrose hotel and left their weapons locked in the car, Mr. Hardie said. In the morning, Mr. Reffitt gave his partner a pair of plastic hand ties in case they “needed to detain anyone,” Mr. Hardie said.

The two men also donned their pistols, he said — Mr. Reffitt’s on his hip, Mr. Hardie’s under his armpit in a shoulder holster — and readied their rifles for action, leaving them in the cargo bay of the Equinox. Mr. Hardie told the jury that they were primarily concerned about “violence from these violent groups like antifa.”

After listening to Mr. Trump’s speech, Mr. Hardie said, he lost Mr. Reffitt in the crowd that was making its way toward the Capitol. The two met hours later at their hotel, he said, where Mr. Reffitt’s face was red from pepper spray and his legs were badly bruised from police projectiles.

Mr. Hardie said he was impressed by Mr. Reffitt’s story of confronting the police outside the building and urging the crowd to storm up a staircase leading toward the Senate chamber. He recalled that Mr. Reffitt had specifically mentioned an officer who fired several pepper balls at him and seemed to panic when he was undeterred.