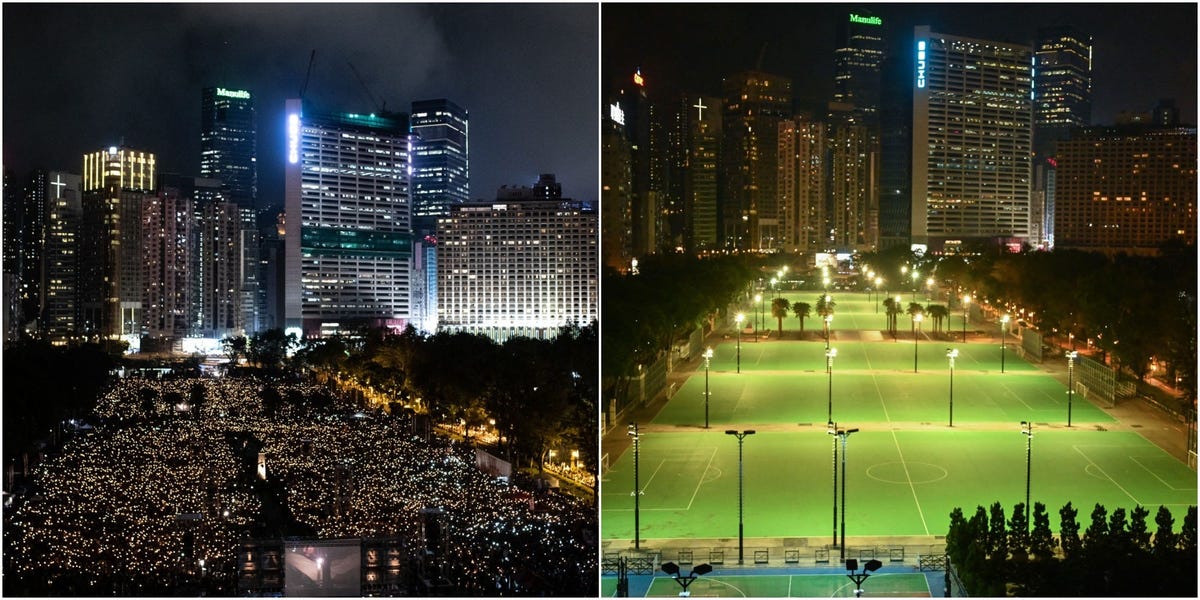 The gathering in Victoria Park has been held annually since 1990 to remember the 1989 crackdown in Beijing’s Tiananmen Square, where pro-democracy protesters were killed by Chinese troops.

Last year’s demonstration was canceled due to the COVID-19 pandemic, but photos show a stark difference between Friday’s empty park and 2019’s vigil.

This year’s vigil was the first to be held since Beijing enacted a contentious national security law for Hong Kong that has been used to censor pro-democracy activity. Hong Kong police have arrested pro-democracy activists and are targeting peaceful protests, according to The New York Times.

Kamala Harris is set to visit the border – POLITICO

Turning orchestras inside out could lower risk of spreading covid-19

How to Prevent the Next Pandemic