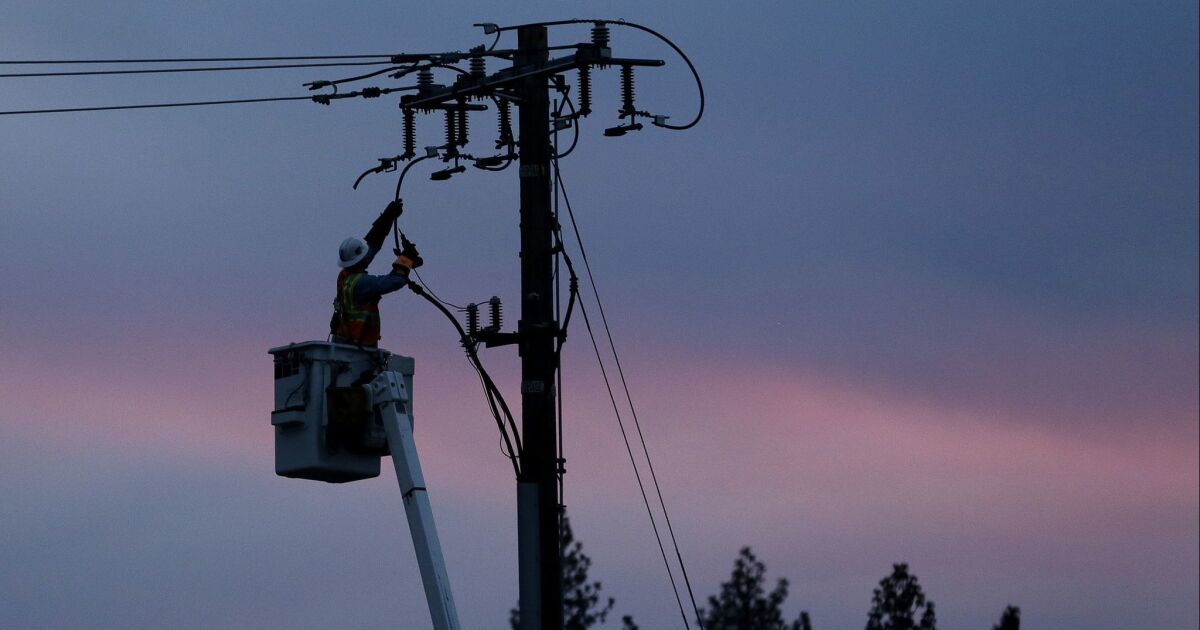 The shut-off will be in three phases and last until late Monday, officials said. The first phase will begin at 2 a.m. Sunday and include about 15,000 customers in Butte, Plumas, Shasta and Tehama counties.

Fifteen customers in Kern County will be affected in the third phase around 8 p.m.

Utility officials said that a “public safety power shut-off” is necessary because hot and dry conditions, combined with expected high wind gusts, pose an increased risk for electrical-system damage that could ignite fires in areas with dry vegetation. Gusts of up to 55 mph are expected in some areas.

Red flag warnings are now in effect for much of Northern California from 9 p.m. Saturday through early Monday. The warnings cover from just above Redding southeast into the Sierra foothills, parts of the Sacramento Valley, and areas in and around the San Francisco Bay Area, including the North Bay mountains, East Bay hills and interior valleys.

David Sweet, a meteorologist with the National Weather Service in Oxnard, previously said a large area of high pressure covering almost the entire West Coast is expected to build over the weekend. Temperatures could climb 10 to 20 degrees above normal in some areas.

Officials said the forecast conditions — which include sustained winds, low humidity and summer-like temperatures — will make it easier for fires to both start and spread.

That’s unwelcome news in a region where crews are still working to contain some of the largest wildfires in California history.

Those include the North Complex fire northeast of Oroville — which has burned more than 304,000 acres and has become one of the deadliest and most destructive in the state’s history. Containment on that blaze is at 78%.

The mammoth August Complex fire has charred a state-record 870,000-plus acres in and around the Mendocino, Shasta-Trinity and Six Rivers national forests, southwest of Redding. That blaze is 43% contained.