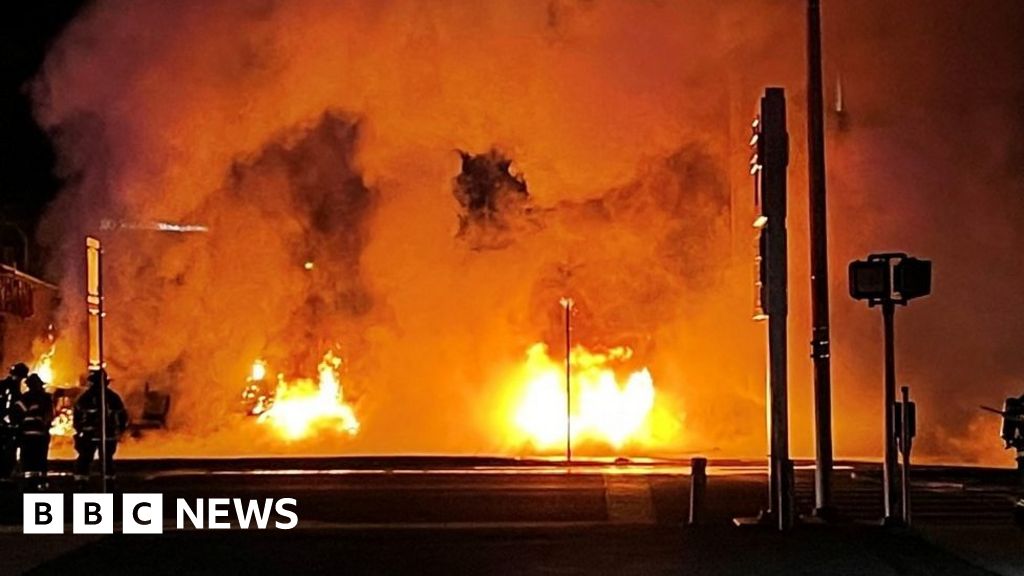 A tanker truck crash spilled 9,200 gallons (41,800 litres) of petrol in Long Island, New York, on Wednesday, causing a massive fire. The fire department spent over 10 hours putting out the blaze.

Officials had previously said they believed some 13,000 gallons of petrol had been spilled.

The vehicle’s driver and two firefighters were taken to hospital.