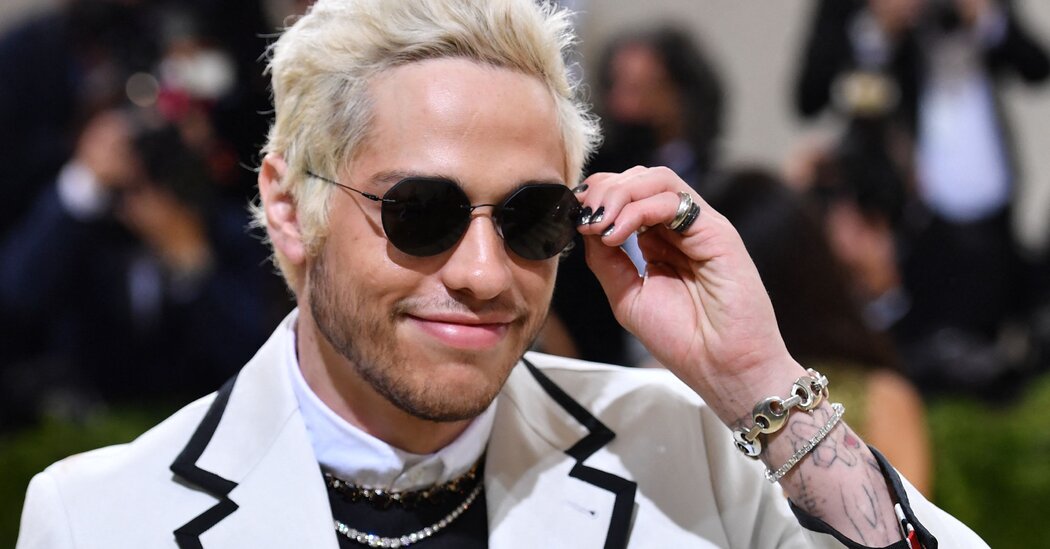 The “Saturday Night Live” actor Pete Davidson will travel to the edge of space next week on the next Blue Origin spaceflight, the company said on Monday.

Blue Origin, the rocket company founded by Jeff Bezos, said on Monday that it would launch its fourth flight with human passengers on March 23. Mr. Davidson will be one of six passengers on the company’s New Shepard rocket for its 20th flight.

Mr. Bezos, the founder of Amazon and one of the richest people in the world, was a passenger on the company’s first flight with humans on board last July. Earlier that month, another private spaceflight company, Virgin Galactic, took its founder, Richard Branson, to the edge of space and back.

Mr. Davidson, 28, joined the cast of “Saturday Night Live” in 2014. He has also appeared in movies, including the 2020 semi-autobiographical film “The King of Staten Island.” He could not immediately be reached for comment on Monday.

A Blue Origin spokeswoman said Monday that Mr. Davidson would fly as “an honorary guest,” while the other five passengers were paying customers. The spokeswoman did not say how much the others had been charged to join the flight.

Mr. Davidson will be the latest celebrity passenger to travel to the edge of space with Blue Origin.

In October, the “Star Trek” actor William Shatner, 90, became the oldest person to travel to space and cross the Kármán line, the widely recognized boundary between Earth’s atmosphere and space that is about 62 miles above the planet’s surface. Mr. Shatner shared the New Shepard rocket with three other passengers on a mission that lasted about 10 minutes.

The flight carrying Mr. Davidson is scheduled to lift off from Blue Origin’s launch site in West Texas at 8:30 a.m. local time on March 23.

In addition to Mr. Davidson, Blue Origin said on Monday, the flight will have five other passengers: Marty Allen, Sharon and Marc Hagle, Jim Kitchen and George Nield.

Mr. Allen is a former chief executive of Party America, the party-supply store. Mr. Hagle is the president and chief executive of Tricor International, a residential and commercial property development company. Ms. Hagle founded the nonprofit group SpaceKids Global. Mr. Kitchen is a professor of the practice of strategy and entrepreneurship at the Kenan-Flagler Business School at the University of North Carolina at Chapel Hill.

Dr. Nield is the president of Commercial Space Technologies. From 2008 to 2018, he was associate administrator for commercial space transportation at the Federal Aviation Administration, the agency that regulates commercial launches like Blue Origin’s.