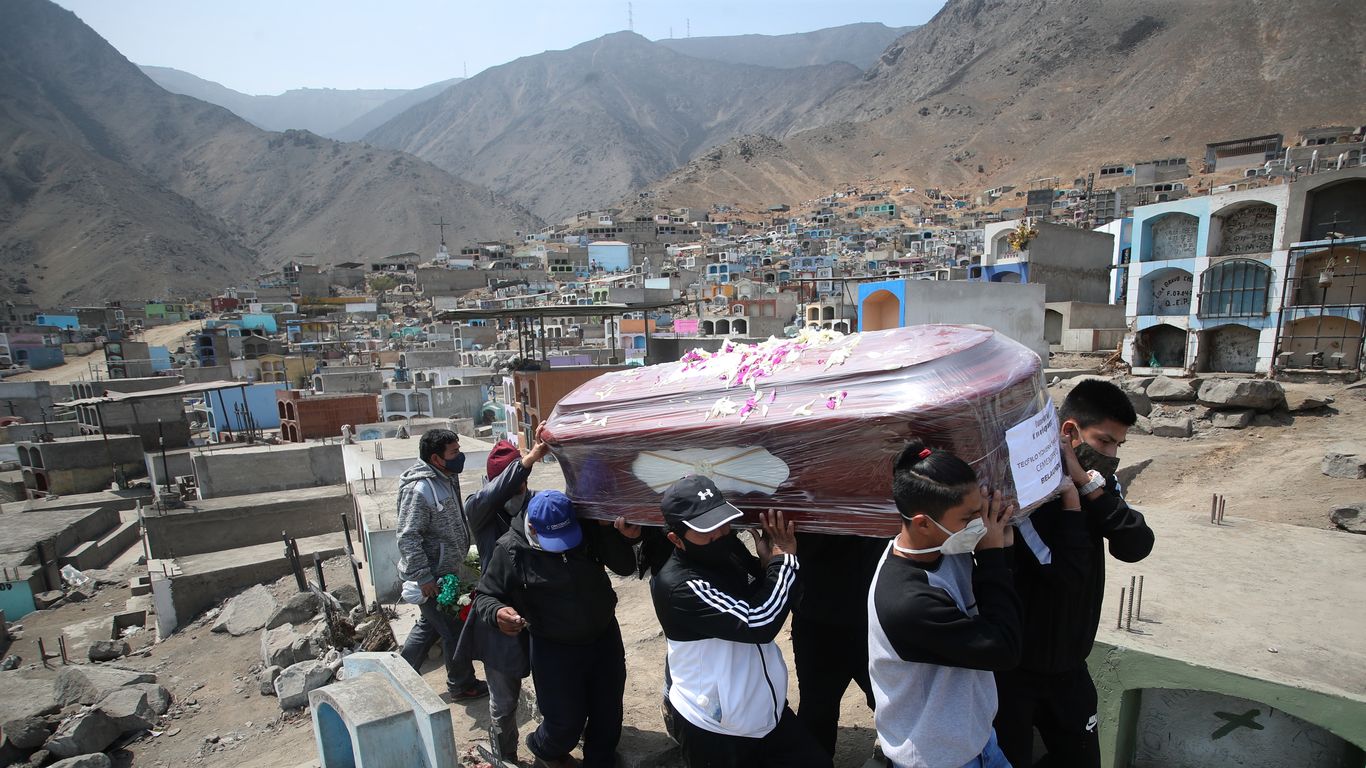 Why it matters: The almost tripling of the number listed Sunday means the country has the worst pandemic death rate per capita, according to Johns Hopkins University data.

By the numbers: Per Johns Hopkins, Hungary previously had the highest coronavirus death toll per capita —about 300 per 100,000 people.

Driving the news: Officials said that the undercounting was partially down to “a lack of testing that made it difficult to confirm whether a person had died due to the virus or some other cause,” Reuters reports.

What to watch: The revised numbers come ahead of a hotly contested June 6 presidential election runoff between the leftist Pedro Castillo and former lawmaker Keiko Fujimori.