People, Not Science, Decide When a Pandemic Is Over 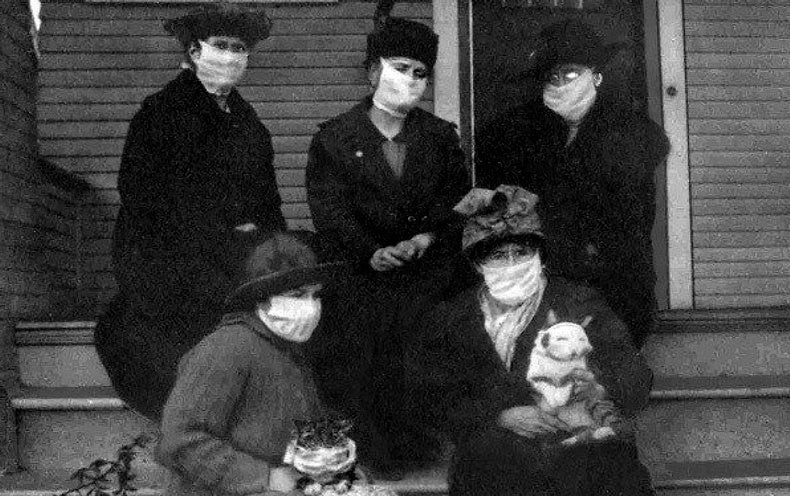 All pandemics end eventually. But how, exactly, will we know when the COVID-19 pandemic is really “over”? It turns out the answer to that question may lie more in sociology than epidemiology.

As the world passes the second anniversary of the World Health Organization’s declaration of the COVID pandemic, things seem to be at a turning point. COVID cases and deaths are seeing sustained declines in much of the world, and a large percentage of people are estimated to have some immunity to SARS-CoV-2, the virus that causes the disease, through infection or vaccination. The Centers for Disease Control and Prevention has released new risk metrics that suggest people in many parts of the U.S. no longer need to wear a mask, and mayors, governors and other officials have been dropping mask and vaccine mandates in a push to get back to normal. Although the COVID-causing virus, SARS-CoV-2, is likely to always circulate at some level, there is a growing belief among some people—though not all—that the pandemic’s acute phase may be subsiding.

“I believe that pandemics end partially because humans declare them at an end,” says Marion Dorsey, an associate professor of history at the University of New Hampshire, who studies past pandemics, including the devastating 1918 influenza pandemic. Of course, she notes, there is an epidemiological component, characterized by the point at which a disease still circulates but is no longer causing major peaks in severe illness or death. This is sometimes referred to as the transition from a pandemic disease to an endemic one. But for practical purposes, the question of when this transition occurs largely comes down to human behavior.

“Every time people walk into stores without masks or even just walk into stores for pleasure, they’re indicating they think the pandemic is winding down, if not over,” Dorsey says. Whether or not there is an official declaration of some kind, “I don’t think anything really has a meaning until, as a society…, we act as if it is.”

Author and historian John M. Barry, who wrote one of the most definitive chronicles of the 1918 pandemic—The Great Influenza: The Story of the Deadliest Pandemic in History—has come to a similar conclusion. A pandemic ends “when people stop paying attention to it,” he says. The rest of the matter is a combination of the virus’s virulence, and the availability of vaccines and therapeutics. “We’re almost at that point” with COVID, Barry adds, although vaccines and treatments are still out of reach for many people worldwide. Nevertheless, the public has grown increasingly tired of the restrictions of life under pandemic conditions. “We’ve clearly wearied,” Barry says. But he cautions that there is a danger in moving on too quickly.

The 1918 pandemic—which is estimated to have killed at least 50 million people worldwide, though accurate data are hard to come by—is often described as having three waves. The first came in the spring of 1918, followed by a notoriously deadly second wave that fall and then a third, wintertime wave in early 1919—with cases eventually subsiding by the summer of that year. But Barry says a new variant emerged in 1920 and effectively caused a fourth wave. This wave killed more people in some cities than the second one, even though there was widespread immunity to the virus by then. Although many cities and public institutions imposed restrictions during the second and third waves, virtually none did so during the fourth. By 1921, the flu death toll had returned to prepandemic levels. But moving on too soon was a mistake, Barry says.

Ultimately the 1918 pandemic pathogen (an H1N1 flu virus) evolved to become less virulent: it lost much of its ability to infect cells in the lungs, where it could cause deadly pneumonia. SARS-CoV-2’s Omicron variant appears to cause milder disease as well, although it is not clear how much of that is because it has lost some of the earlier variants’ ability to infect the lower respiratory tract—or because more people have prior immunity from vaccination or previous infection. But there is no law of nature that says a virus must always evolve to become less virulent. It is entirely possible that a future variant could be as transmissible as Omicron and cause more severe disease. The 1918 virus did cause several bad outbreaks in the years afterward, Barry says, noting that one of them—a particularly severe flu season in 1928—led to Congress to expand and reorganize the Hygienic Laboratory to create what is now the National Institutes of Health.

For now, Barry is cautiously optimistic about COVID. “I think it’s more likely than not that future variants will not be any worse,” he says. “In fact, I think it’s more likely that they’ll get milder than that they will get more virulent. But we don’t know that. It’s random event. I think, in the long term, that’s where we will end up, but that doesn’t mean every iteration of the virus is going to move in the same direction.”

The 1918 influenza virus never went away (eventually it morphed into seasonal flu), but most survivors developed some immunity to it and simply decided to move on with their lives. “There’s a certain amount [of infection] we can live with,” Dorsey says. Another factor that helped the pandemic subside from the public consciousness was that it coincided with the end of World War I. Then president Woodrow Wilson and his government were more focused on recovering from the war, and this consumed much of the media attention at the time. “Especially as influenza started to decrease in virulence,” Dorsey says, “it was easier to pay attention to the war.” Finally, as the flu gradually became less severe, other diseases such as polio started to draw far more notice.

Although it is impossible to draw a direct parallel with how the 1918 pandemic ended, COVID may be headed in that direction. Obviously the virus has surprised us before, Dorsey points out. Even after the immediate threat recedes, society will likely be dealing with its aftermath for years to come. The many people who lost family members and the legions of health care workers who witnessed unimaginable amounts of death and suffering will be experiencing grief and trauma that will make it impossible for many to move on—even if the rest of the world does. And that does not include a potential tidal wave of long COVID, the full effects of which society has yet to grapple with.

Devastating as the 1918 pandemic was, history seems to have somewhat forgotten its horrors. With COVID, Barry thinks that is unlikely to happen anytime soon. “In 1918 people died of infectious disease all the time, so there was a certain familiarity with the experience,” he says. That is no longer the case in modern times. COVID has already caused deep and lasting disruptions to society. “It changed everybody’s life for a long time,” Barry says, “and that is not going to be forgotten.”