Penthouses in North Korea are mainly for the unfortunate few – Reuters 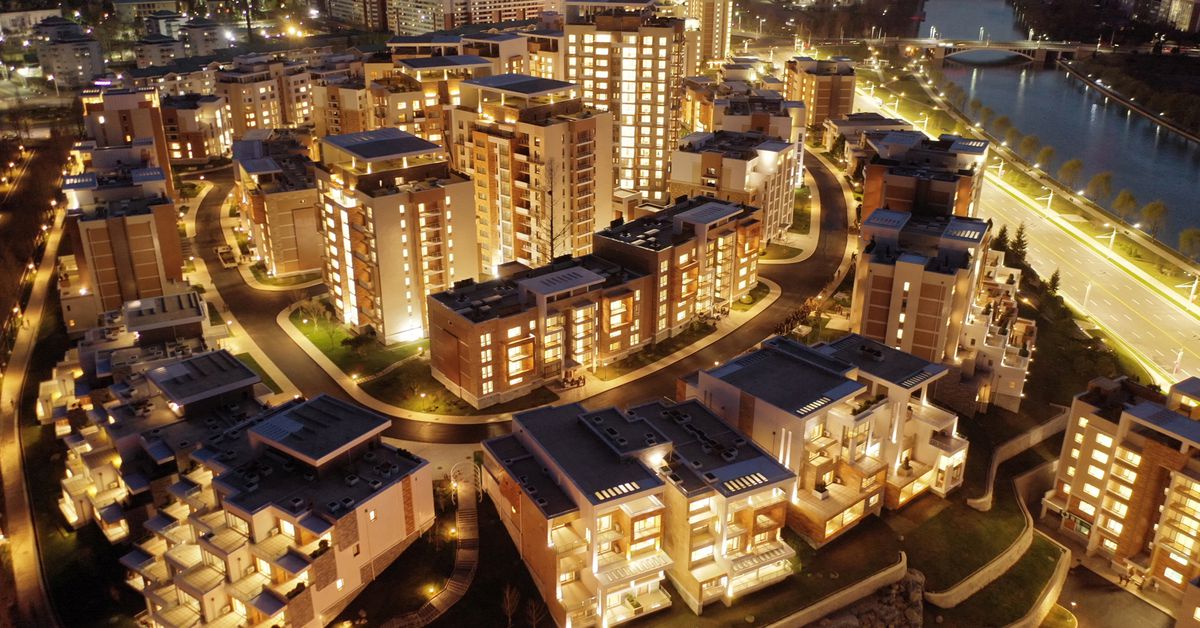 SEOUL, April 15 (Reuters) – For people in many countries, living in a penthouse is the dream. In North Korea? Not so much.

But defectors and other North Koreans say that unreliable elevators and electricity, poor water supply, and concerns about workmanship mean that historically few people have wanted to live near the top of such structures.

“In North Korea, the poor live in penthouses rather than the rich, because lifts are often not working properly, and they cannot pump up water due to the low pressure,” said Jung Si-woo, a 31-year-old who defected to neighbouring South Korea in 2017.

In the North, he lived on the third floor of a 13-storey building that lacked an elevator, while a friend who lived on the 28th floor of a 40-storey block had never used the elevator because it was not working, Jung said.

Asked about the new 80-floor skyscraper opened this week, Jung said he thought Kim was just showing off.

“It’s to show how much their construction skills have improved, rather than considering residents’ preferences,” said the university student.

North Korea assigns housing, with buying and selling of homes or apartments technically illegal in the socialist state.

But experts say the practice has become common, dabbled in mostly by those who benefited from the spread of private markets under Kim. He has vowed to improve construction quality and build tens of thousands of new apartments.

Its economy has been hammered by self-imposed border closures against COVID-19, natural disasters, and international sanctions for its nuclear weapons and ballistic missile programmes, which the United States says draw limited resources away from meeting people’s needs.

On Wednesday, state media said the first 10,000 new apartments had been completed in Pyongyang, from a target of 50,000, and touted the speed of their completion, including the 80-floor skyscraper.

Workers “guaranteed the quality of construction” and the new apartments and other buildings meant for use in education, public health and welfare services would further help make the capital a “people first” city, state news agency KCNA said.

Nighttime view of a terraced residential district on a bank of the Pothong River in Pyongyang, North Korea, in this undated photo released by North Korea’s Korean Central News Agency (KCNA) April 14, 2022. KCNA via REUTERS ATTENTION EDITORS – THIS IMAGE WAS PROVIDED BY A THIRD PARTY. REUTERS IS UNABLE TO INDEPENDENTLY VERIFY THIS IMAGE. NO THIRD PARTY SALES. SOUTH KOREA OUT. NO COMMERCIAL OR EDITORIAL SALES IN SOUTH KOREA.

On Thursday state media showed Kim inaugurating another housing cluster, this time for members of the elite, including a famous TV anchor.

They were low-rise buildings, each only a few floors tall.

PROGRESS TO BE MADE

Many have turned to individual solar panels for the spells without power. That has brought a rash of small items of consumer electronics, but cannot power amenities such as elevators and water supply.

Lee Sang-yong, the editor in chief of Daily NK, a Seoul-based website that reports on North Korea, said his sources reported that the apartments for regular people were not ready to live in.

Windows had only frames and water taps, though installed, were not working, but the recently completed luxury homes come complete with furniture and utensils.

To ensure the new highrise apartments are popular, North Korea will have to further improve electricity and water supplies, and overcome worries about the quality of construction, he added.

Jung said when he lived in Pyongyang, most elevators worked just twice a day, during peak commuting hours from 6 a.m. to 8 a.m., and the same timing in the evening.

Low water pressure often forced those living on higher floors to carry water upstairs from the ground level, or install their own special pump machines, he added.

During the last major international media tour arranged by the government, in 2018, the elevators operated at the 47-floor Yanggakdo International Hotel, but there was no electricity on dozens of floors where North Korean staff stayed.

At the time, two North Korean officials acknowledged to Reuters that the upper levels of the highrises in one of Kim’s recently opened pet construction projects, on Mirae Scientists Street, had few takers, because of the worries over elevators.

“No one wants to risk having to climb for an hour,” one said.