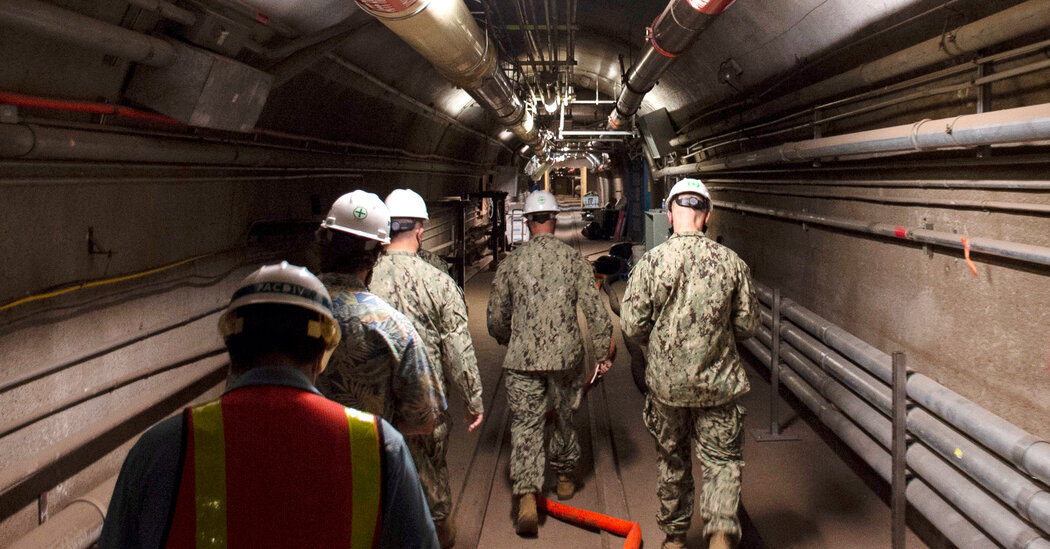 The United States military will permanently close a Navy fuel storage facility in Hawaii that leaked petroleum into the local drinking water supply last year, the Pentagon said on Monday.

A leak at the World War II-era facility in November seeped into a local aquifer, sickening thousands of people and forcing more than 3,000 military families living in and around Joint Base Pearl Harbor-Hickam to move into temporary accommodation.

The Navy later shut down some of its wells in the area and complied with an order from the state’s Health Department to suspend operations at the facility. On Monday, Defense Secretary Lloyd J. Austin III said the facility would close permanently — a victory for local and state officials who had warned of the risks that it posed to Hawaii’s drinking water.

Mr. Austin said the Navy would also submit a plan by the end of May for removing all of the facility’s fuel, a process that he said would likely take about a year.

“This is great news for the people of Hawaii,” Gov. David Ige said in a statement. “Our national defense begins with the health and safety of our people, and there are better solutions for strategic fueling today than there were when the Red Hill storage facility was built.”

The Red Hill Bulk Fuel Facility sits under a mountain ridge on the island of Oahu near Honolulu, the state capital, and just above an aquifer that provides about a quarter of the city’s drinking water, according to the Oahu Board of Water Supply.

The facility has 20 steel-lined concrete tanks that can store millions of gallons of jet and marine fuel used by the Army, Navy, Marines and Air Force, as well as the Coast Guard and the Hawaii National Guard, according to the Pentagon. Construction began in 1940, amid concerns of a potential attack on Pearl Harbor’s exposed fuel storage tanks, and was underway when Japan attacked the Navy’s Pacific fleet on Dec. 7, 1941.

Last year’s petroleum leak was not the first in the facility’s history. In 2014, one of its tanks accidentally released 27,000 gallons of jet fuel. The tank was later drained, and the water supply in the nearby wells remained within normal state and federal standards.

After the latest leak, Hawaii health officials said in December that testing at one nearby well had detected petroleum hydrocarbons at levels up to 350 times what the state considers safe for drinking water. The state Health Department recommended that people using the Navy’s water system in the area “avoid using the water for drinking, cooking or oral hygiene.”

Local officials have said the leak is a public health concern in part because underground aquifers provide virtually all of Oahu’s drinking water.

The Navy said in January that it would follow a December order from the Health Department to suspend operations at the facility. The Navy had said weeks earlier that it planned to contest the order.

The January announcement was made a day before the U.S. House Armed Forces Committee held a hearing to discuss the response to problems at the facility. That hearing focused partly on the water crisis, but also on the strategic implications of storing so much fuel at a nearly 80-year-old site.

“We all know that Red Hill was established in and has been in operation since World War II,” Representative Mike Walz, Republican of Florida and a combat veteran, said at the hearing. “And I’m incredibly concerned that the Navy’s using a World War II-era logistics strategy for use in a future conflict.”

Mr. Austin, the defense secretary, said in his statement on Monday that the military planned to accelerate its existing efforts to diversify its fuel sources in the Pacific.

“This is the right thing to do,” he said. “Centrally-located bulk fuel storage of this magnitude likely made sense in 1943, when Red Hill was built. And Red Hill has served our armed forces well for many decades. But it makes a lot less sense now.”