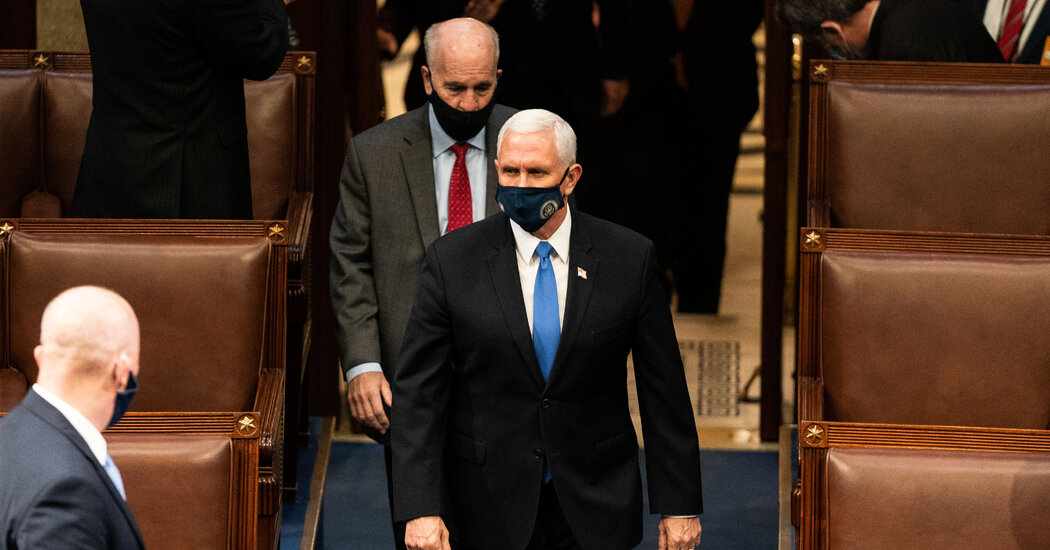 Vice President Mike Pence late Tuesday rejected the possibility of stripping President Trump of his powers through the 25th Amendment, rebuking a resolution in the House calling on the vice president to do so.

“I do not believe that such a course of action is in the best interest of our nation or consistent with our Constitution,” Mr. Pence wrote in a letter to Speaker Nancy Pelosi. “I urge you and every member of Congress to avoid actions that would further divide and inflame the passions of the moment.”

“I will not now yield to efforts in the House of Representatives to play political games at a time so serious in the life of our nation,” the vice president wrote.