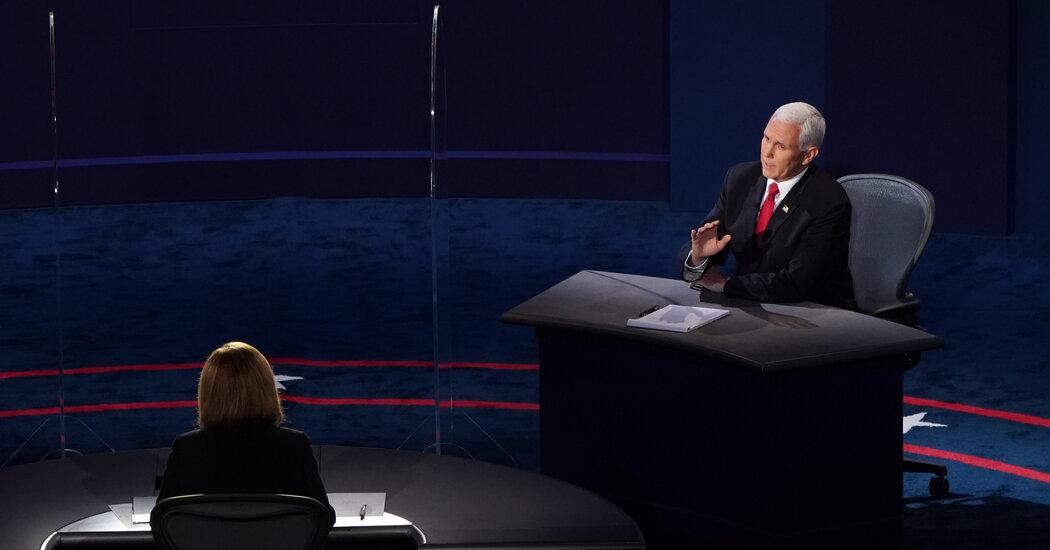 Vice President Mike Pence brought the parents of Kayla Mueller, the human rights activist who was killed in 2015 by members of the Islamic State in Syria, to the debate hall and attacked Joseph R. Biden Jr. during the debate for not doing more as vice president to rescue her.

“The reality is that when Joe Biden was vice president, we had an opportunity to save Kayla Mueller,” Mr. Pence said. “It breaks my heart to reflect on it, but the military came into the Oval Office and presented a plan. They said they knew where Kayla was.”

President Barack Obama had authorized a risky raid to help rescue Ms. Mueller, but she and other hostages had already been moved.

The Muellers have praised President Trump for authorizing the mission to kill the ISIS leader Abu Bakr al-Baghdadi, which was named after Kayla. “And her family says, with a heart that broke the heart of every American, that if President Donald Trump had been president, they believe Kayla would be alive today,” he added.

Senator Kamala Harris offered her condolences to Ms. Mueller’s family, then attacked Mr. Trump for his reported comments denigrating members of the military.

There “is about a pattern of Donald Trump’s, where he has referred to our men who are serving in our military as suckers and losers,” Ms. Harris said.

“Donald Trump, who went to Arlington Cemetery and stood above the graves of our fallen heroes, and said, what’s in it for them?” she added. “Because of course, you know, he only thinks about what’s in it for him. Let’s take what he said about John McCain, a great American hero. And Donald Trump says he doesn’t deserve to be called a hero, because he was a prisoner of war.”