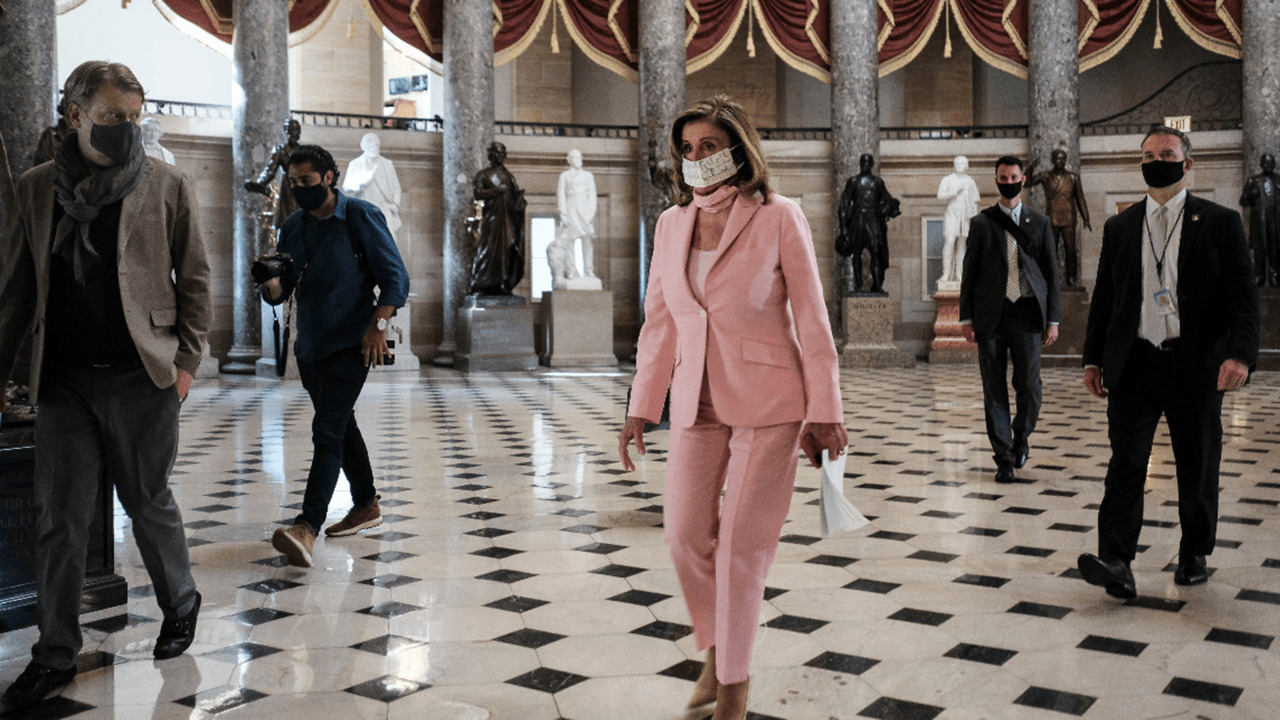 “So I take responsibility for falling for a set-up.”

Pelosi’s stylist, Jonathan DeNardo, backed up the speaker’s claim that she was set up by the salon’s owners. In a letter Wednesday night, DeNardo’s legal team said Erica Kious, who owns the salon Pelosi visited, had expressed anger toward Pelosi, accusing her of forcing her to curtail her business due to the pandemic (the letter acknowledges that Pelosi had no hand in San Francisco’s coronavirus shutdown measures).

DeNardo’s lawyer claimed Kious had already been running her salon prior to Pelosi’s visit. DeNardo also claimed he called Kious and said he would not have gone through with the appointment without Kious’ approval.

“The fact that Ms. Kious is now objecting to Speaker Pelosi’s presence at eSalon, and from a simple surface-level review of Ms. Kious’ political leanings, it appears Ms. Kious is furthering a set-up of Speaker Pelosi for her own vain aspirations,” the letter said.

Kious did not immediately respond to an email seeking comment. She did not answer a phone number listed under her name and website, and her voicemail was full.

Fox News first reported Pelosi’s hair appointment, including security footage of the congresswoman without a mask covering her face. A hair stylist wearing a mask follows close behind her. The video was reportedly recorded Monday. San Francisco hair salons and barber shops reopened for business outdoors only on Tuesday.

Earlier on Wednesday, Pelosi spokesman Drew Hammill defended the speaker’s salon visit and said she “complied with the rules as presented to her by this establishment.”

“The Speaker always wears a mask and complies with local COVID requirements,” Hammill said in a statement to POLITICO. “This business offered for the Speaker to come in on Monday and told her they were allowed by the city to have one customer at a time in the business.”

Hammill also told POLITICO that the speaker’s stylist normally comes to her home but was unavailable the day of this appointment. Pelosi contacted the San Francisco salon based on a referral.

Still, President Donald Trump and his allies used the incident to pile onto Pelosi in a spate of derisive tweets.

“Crazy Nancy Pelosi is being decimated for having a beauty parlor opened, when all others are closed, and for not wearing a Mask — despite constantly lecturing everyone else,” Trump wrote on Twitter. “We will almost certainly take back the House, and send Nancy packing!”

The taunts follow a conservative line of attack against Pelosi as out of touch with the struggles of working Americans. Pelosi was the subject of a Trump attack ad after she participated in a talk show segment displaying a cache of ice cream in the early days of coronavirus quarantine.

“The Beauty Parlor owner must really dislike Crazy Nancy Pelosi. Turning her in, on tape, is a really big deal. She probably treats him like she treats everyone else,” Trump wrote. “And she strongly supported a Kennedy who just lost in, of all places, Massachusetts!”

Trump also retweeted a version of the video shared online by his reelection campaign, as well as a message arguing that if “Nancy Pelosi can get her hair done in person — you can vote in person.”

Meadows, who is at an impasse with Pelosi in talks for a new round of coronavirus relief, accused her of hypocrisy and said the incident was representative of “typical Washington, D.C.”

“Whether it’s in San Francisco with her going into a salon or in the privacy of a negotiating room, it’s time that she get serious about helping the American people,” he said.