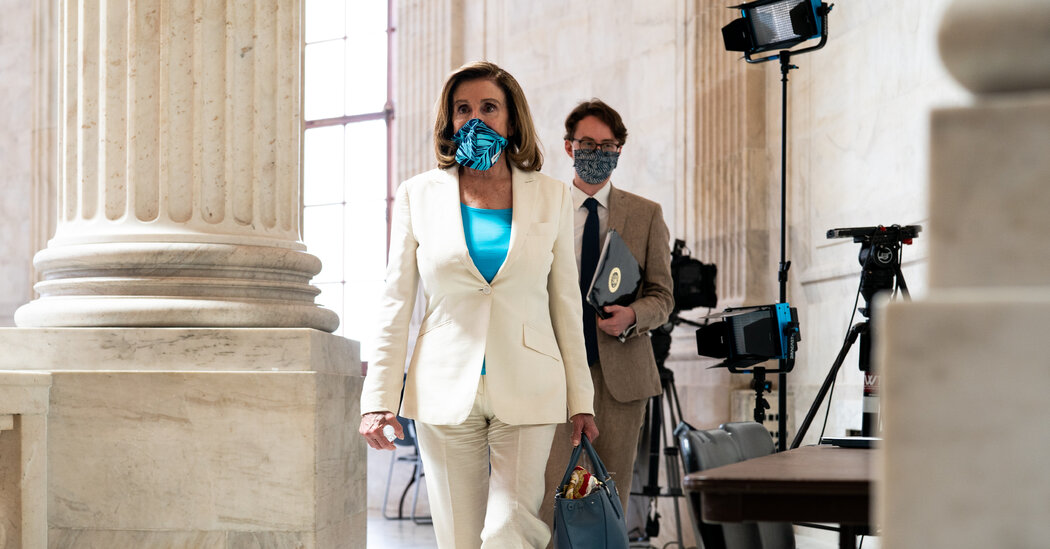 Democratic congressional leaders sent a letter to colleagues on Wednesday pleading with them to urge their constituents to vote as early as possible, citing concerns that President Trump, with the help of Postmaster General Louis DeJoy, is working to kneecap the Postal Service to ensure his own re-election.

“Democrats need to convey a loud, clear message to voters about how to overcome these concerns: To prevent Donald Trump from stealing this election, VOTE,” Speaker Nancy Pelosi and Senator Chuck Schumer, the minority leader, wrote in an unusual letter sent from a campaign account rather than an official one. “Americans must vote as early as they can — especially if you plan to vote by mail.”

Mr. Trump has railed against mail-in voting, claiming that it will rig the election against him and asserting without evidence that it is fraudulent. At the same time, Mr. DeJoy, installed in June by a board packed with Republican loyalists, has made operational changes at the Postal Service that have coincided with a mail-delivery slowdown.

The agency recently warned states that it might not have the ability to process all last-minute ballots, opening the possibility that hundreds of thousands mailed in the days leading up to the election could arrive too late to be counted. It has started a public education campaign to reassure Americans that the Postal Service can handle voting by mail and to urge those who plan to do so to send their ballots early. But its ads stop short of encouraging mail-in voting.

In their letter, Ms. Pelosi and Mr. Schumer encouraged Democratic lawmakers to direct their constituents to iwillvote.com, a website funded by the Democratic National Committee where people can register to vote and find out how to do so in person or by mail.

“The best way to avoid lines, obstacles and delays is by not waiting until Election Day to vote,” they wrote. “Stay vigilant: With President Trump actively working to undermine the legitimacy of voting by mail, we must remain vigilant against efforts to discourage or deceive voters.”