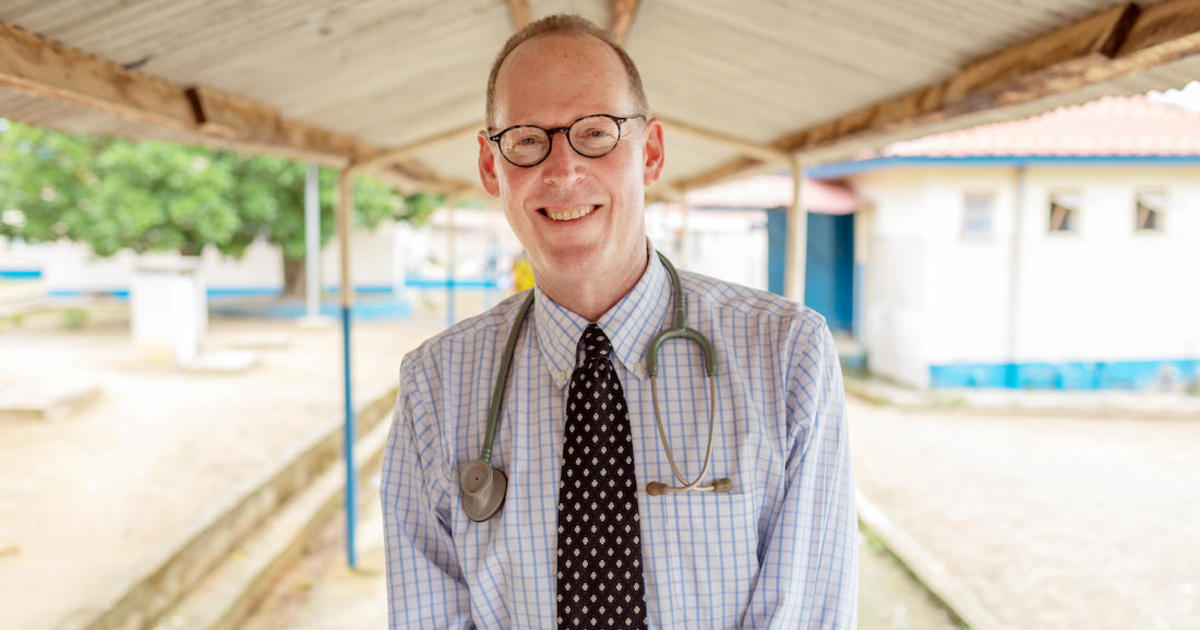 The Boston-based organization said he “unexpectedly passed away today in his sleep while in Rwanda.”

“Paul Farmer’s loss is devastating, but his vision for the world will live on through Partners in Health,” the group’s CEO Dr. Sheila Davis said in a statement. “Paul taught all those around him the power of accompaniment, love for one another, and solidarity.”

Farmer’s work on providing health care solutions to poorer countries brought him wide acclaim. A 2003 book profiling him, “Mountains Beyond Mountains,” called him “the man who would cure the world.”

Tributes to Farmer’s legacy poured in on social media from around the world.

Samantha Power, the former U.S. ambassador to the United Nations, tweeted that Farmer was “a giant” in his field.

“Devastating news,” she posted. “Paul Farmer gave everything — everything — to others. He saw the worst, and yet did all he could to bring out the best in everyone he encountered.”

“It is hard to overstate the impact Dr. Paul Farmer had on the medical profession,” pulmonologist and medical analyst Dr. Vin Gupta tweeted

“This is beyond devastating. Paul was a hero, a mentor and a friend,” Brown University’s Dr. Ashish K. Jha tweeted. “He taught us what global health should be and inspired all of us to do better.”

And actor Edward Norton, a social and environmental activist, called Farmer “one of the most loving, funny, generous & inspiring people to grace humanity with his soul in our lifetimes.”

Working in Haiti in 1987, Farmer co-founded Partners in Health to help devise and deliver better health care in poor and badly underserved countries.

A co-founder and close longtime associate was Jim Yong Kim, who went on to lead the World Bank from 2012 to 2019. In 2009, Farmer succeeded Kim as chair of the Department of Global Health and Social Medicine at Harvard Medical School. The same year he was named a UN deputy special envoy to Haiti, working with Bill Clinton.

Farmer held that position at the time of the island’s devastating 2010 earthquake, and soon was headed to Haiti on an airplane full of physicians.

Farmer, a lifelong advocate for the poor Caribbean nation, co-founded the Institute for Justice and Democracy in Haiti and worked with local leaders to open a modern teaching hospital in Mirebalais, in central Haiti, in 2013.

He talked with CBS News chief medical correspondent Dr. Jon LaPook about the project in 2012, when the hospital was still under construction.

“We want to be able to say, just once, that the quality of care we’re giving to people living in abject poverty is as good as if they were born in some ritzy part of Manhattan, say. That vision of equity and justice and decency is what we’d like to give birth to,” Farmer said.

Farmer was editor in chief of the journal Health and Human Rights, and wrote extensively on the juncture of those two fields.

Farmer was also chief of the division of Global Health Equity at Brigham and Women’s Hospital, in Boston, Massachusetts.

He, Kim and another Partners in Health co-founder, Ophelia Dahl — daughter of British writer Roald Dahl and American actress Patricia Neal — are featured in a 2017 documentary, “Bending the Arc.”

In addition to Rwanda and Haiti, Partners in Health works in Kazakhstan, Lesotho, Liberia, Malawi, Mexico, Peru, Russia and Sierra Leone, as well as in Navajo communities in the United States.

In 2008, Farmer invited “60 Minutes” to central Haiti, where he discovered his life’s work. The invitation meant a three-hour, jaw clenching, teeth rattling ride on an unpaved road from the capital city to the hospital. Watch the video below: