Parents Were Asked to Give DNA Samples to Help Identify Victims 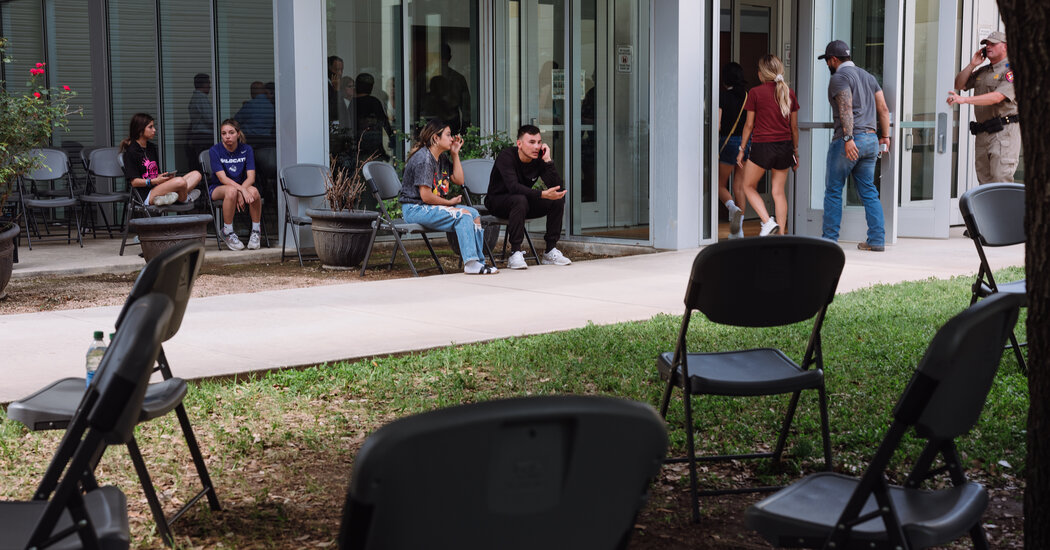 Among the countless chilling details to emerge from the school shooting in Uvalde, Texas, on Tuesday was this: The authorities had asked parents waiting in agony for news about their children to give DNA samples.

The request suggests that some of the 19 children who were killed may have been so severely wounded and grouped so closely together that they were difficult to identify, according to experts in medical forensics.

All of the dead and injured were in one classroom at Robb Elementary where the gunman had barricaded himself, Lt. Chris Olivarez, a Texas Department of Public Safety spokesman, told CNN.

The gunman had also purchased two “AR platform rifles” and 375 rounds of 5.56 ammunition, which is often used in the military, the authorities said.

“A high-powered firearm can cause very devastating injuries and can make identification challenging from a visual point of view,” Dr. James R. Gill, Connecticut’s chief medical examiner, said in an interview on Wednesday.

DNA testing, he said, is not only more accurate, but it also spares parents the trauma of having to view photos like the ones that were shown to parents after 20 children were fatally shot at Sandy Hook Elementary School in 2012.

“More and more offices are moving to scientific methods for identification because, with visual identification, the parents are in shock, you’re showing them a photograph, they’re in denial,” Dr. Gill said.

DNA testing also helps the authorities be as certain as possible that they are positively identifying fatally injured children who may look or dress alike and who don’t have ID cards, tattoos or fingerprints on file.

DNA testing can be performed in about an hour, Dr. Gill said, and makes it much less likely that the authorities release the wrong body to a family, which he called a “nightmare” scenario for medical examiners.