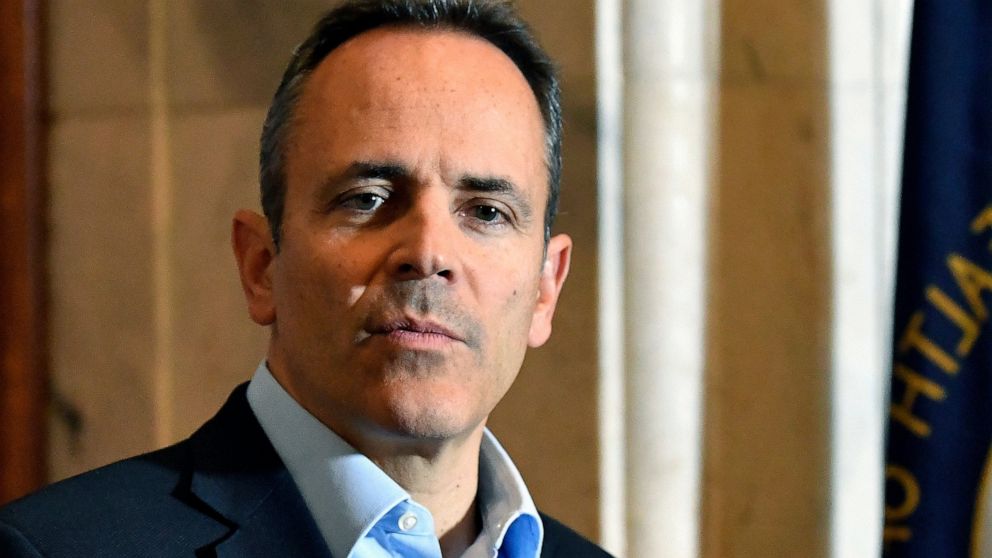 A Kentucky man convicted of reckless homicide in a 2014 home invasion and pardoned two years later by then-Gov. Matt Bevin has been arrested on federal charges in connection to the same crime

FRANKFORT, Ky. — A Kentucky man convicted of reckless homicide in a 2014 home invasion and pardoned two years later by then-Gov. Matt Bevin has been arrested on federal charges in connection to the same crime, according to court records unsealed Tuesday.

Patrick Baker is charged with murder committed during a robbery and kidnapping related to drug trafficking, the records show.

If convicted on the new federal charges in the shooting death of Donald Mills, Baker could face the death penalty or a maximum sentence of life in prison, according to his indictment.

“We’re very pleased with the federal (government) taking it and indicting him … because now he may have stiffer penalties,” Mills’ sister, Melinda Mills, said in a phone interview Tuesday. She said she would like Baker to face the death penalty if he’s convicted of a crime that allows it.

Baker was convicted in 2017 of reckless homicide and other crimes in connection with Mills’ death and sentenced to 19 years in prison. Prosecutors said Baker posed as a law enforcement officer and killed Mills in his Knox County home. Baker had served two years of his sentence before being pardoned by Bevin.

In bringing the federal charges, authorities pointed to the “dual sovereignty doctrine,” which allows state and federal officials to prosecute the same defendant for the same actions without infringing on double jeopardy protections, said law professors at the University of Louisville and the University of Kentucky.

Baker’s pardon was among hundreds Bevin issued in the time between his electoral defeat in November 2019 and his final day in office a month later. It drew widespread attention after the Courier Journal reported that Baker’s family held a fundraiser at their home for Bevin in 2018 and that another GOP donor who gave thousands to Bevin urged the former governor to pardon Baker.

Bevin wrote in his pardoning order that Baker’s drug addictions led him to fall in with the wrong people and that the evidence against Baker was “sketchy at best.”

After the pardon, Baker released a statement declaring his innocence and defending Bevin’s decision to grant him clemency.

“I did not kill Donald Mills and my family did not pay for my release,” he said.

The Kentucky Court of Appeals reviewed Baker’s case and ruled that there was “overwhelming” evidence to convict him.