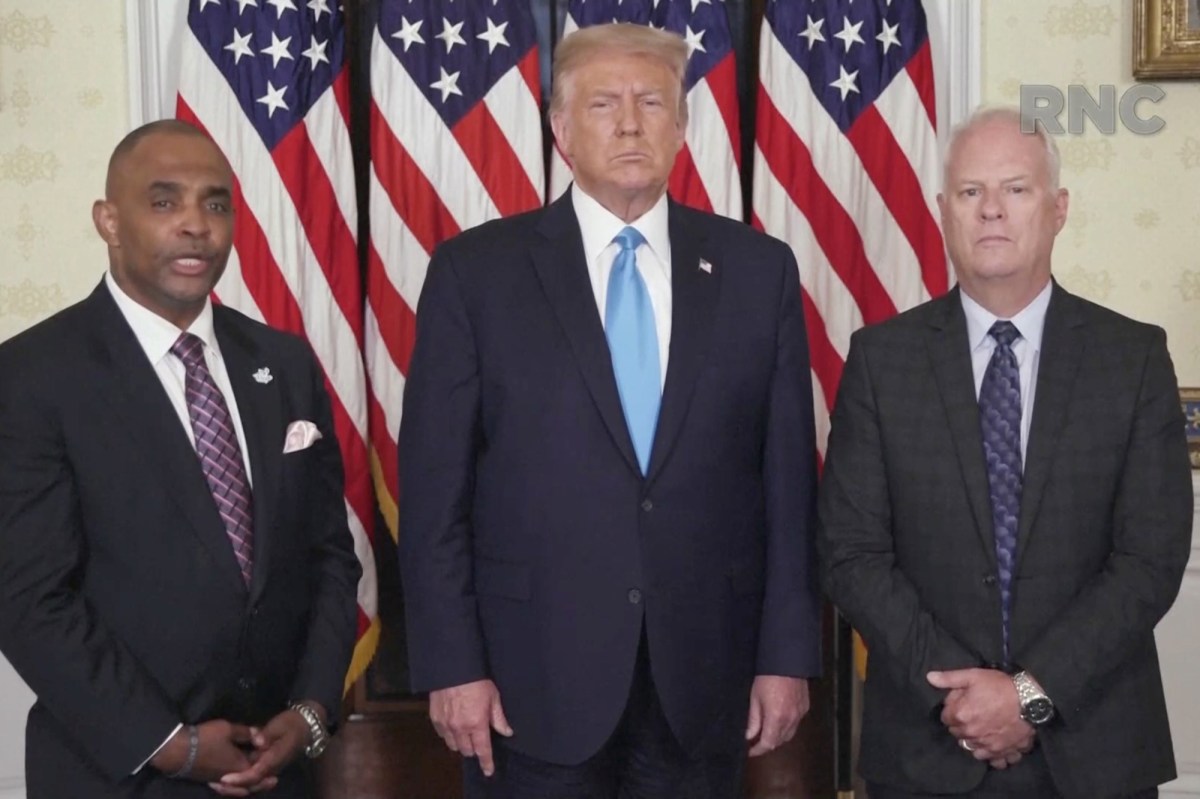 Bank robber Jon Ponder on Tuesday shared his unlikely road to redemption as a born-again prisoner rehabilitation advocate and praised President Trump for shaking the hands of 29 ex-prisoners.

Ponder, speaking on the second night of the 2020 Republican National Convention, is now founder and CEO of HOPE for Prisoners, Inc. in Las Vegas, and helps other former prisoners rejoin society. He reflected on Trump’s visit to his group’s “graduation ceremony” in February.

Trump “went out of his way to shake the hand of every one of those 29 graduates,” Ponder said.

“Today, praise God, I am filled with hope. A proud American citizen who has been given a second chance. My transformation began in a prison cell, while I found myself a three time convicted felon facing yet another sentence. I gave my life to Jesus” Ponder said.

“First person to help me was actually the FBI agent who arrested me, Rich Beasley,” Ponder said.

In a video released earlier on Tuesday and replayed during the RNC, Trump pardoned Ponder.

“Jon’s life is a beautiful testament to the power of redemption,” Trump said in that video.

“We believe that each person is made by God for a purpose. I will continue to give all Americans, including former inmates, the best chance to build a new life and achieve their own American dream and a great American dream it is.”

“When I met Jon 15 years ago, he was angry, scared, frustrated and anxious about his future,” Beasley said in the earlier video. “On the drive to prison, I stopped at a convenience store and bought Jon a coffee and a doughnut. After he was sentenced, Jon sent me a necktie and a note, thanking me for treating him like a gentleman.”

Trump advisers, and even some opponents, say he could boost support among minorities by talking about criminal justice reform, including his role in passing the 2018 First Step Act, which implemented various prison reforms and sentencing reductions and expanded compassionate release.

Trump faces a delicate balancing act pumping criminal justice reform while also pushing a “law and order” message, specifically in regard to recent violent protests following the Minnesota police killing of George Floyd in May.