Over two dozen Republicans who served in Congress endorse Biden. 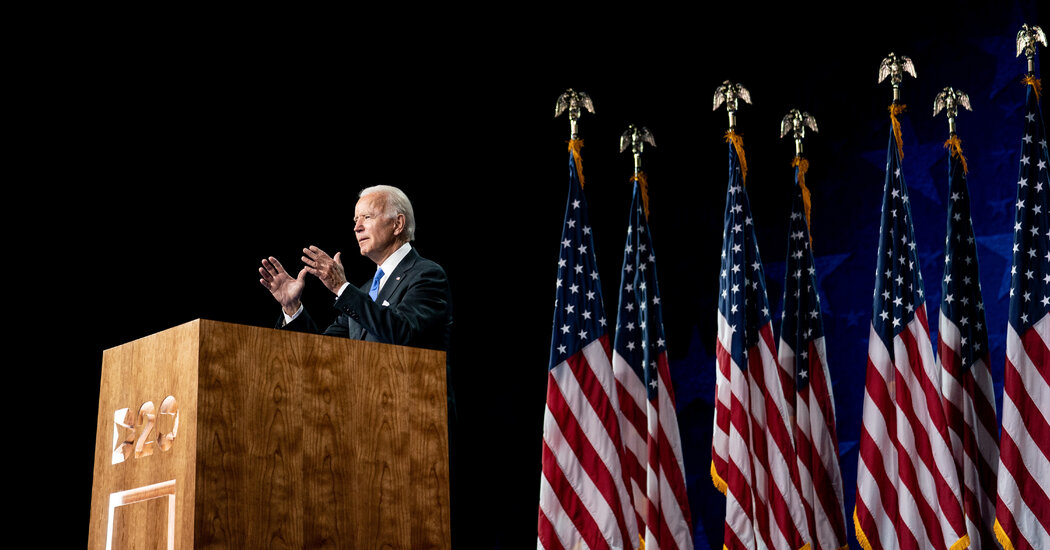 Swaying disillusioned Republicans and unaffiliated voters has become a point of emphasis for former Vice President Joseph R. Biden Jr., whose campaign released on Monday a list of 27 former Republican members of Congress who had endorsed him against President Trump.

The first name on the list was former Senator Jeff Flake of Arizona, who drew the ire of Mr. Trump and Republicans in 2018 when he voted to delay the Supreme Court confirmation vote of Brett M. Kavanaugh so that the F.B.I. could investigate sexual assault allegations against the judge.

Mr. Flake ultimately voted to confirm Justice Kavanaugh and left office less than three months later, at the end of his term.

In a Facebook Live broadcast on Monday afternoon that was shared by the Biden campaign, Mr. Flake said that he was gravely concerned about Mr. Trump’s conduct as president. He said that under Mr. Trump, the country had given in to the impulse to mistake political opponents for enemies.

“I was a Republican long before the president ever called himself one, and I’ll be a Republican long after identifying as such is no longer useful to him,” Mr. Flake said. “Principle does not go in and out of fashion, does not chase ratings or play to the base or care much about polls, and principle is a provenance of no one party.”

Mr. Flake said that he didn’t always agree with Mr. Biden, but that under a Biden administration, the nation would be able to preserve the civic space where Republicans and Democrats could disagree on policy matters without fear of reprisal.

“For me, what matters is that we have a president who speaks to our better nature,” Mr. Shays said in an interview on Monday. “Donald Trump speaks to our darker nature.”

Mr. Shays emphasized that he wasn’t just supporting Mr. Biden because of his disapproval of Mr. Trump. He said that Mr. Biden was authentic and that the two had worked together on women’s issues when Mr. Biden was a senator.

“I would have been proud to write the speech that Biden gave,” Mr. Shays said of Mr. Biden’s keynote speech at last week’s Democratic convention. “I printed it out and thought, This is the person I want to be my president.”