Over 5 Million Children Have Lost a Caregiver to the Pandemic, Study Says 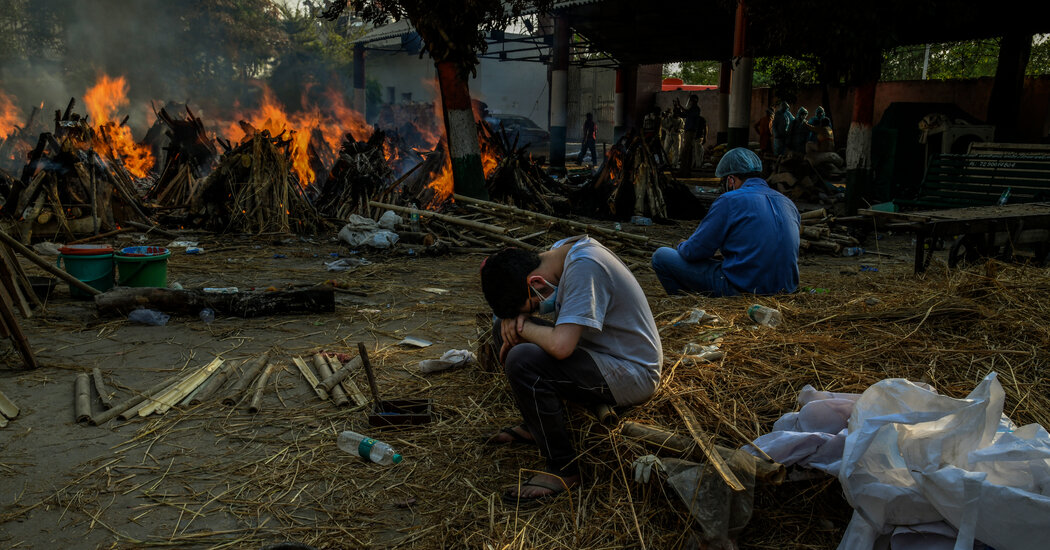 A new study estimates that at least 5.2 million children around the world lost a parent or other caregiver to Covid-19 in the first 19 months of the pandemic.

“Children are suffering immensely now and need our help,” said Susan Hillis, a senior researcher at the University of Oxford and a lead author of the study, which was published in the medical journal The Lancet on Thursday.

The study was based on data from 20 countries, including India, the United States and Peru, and was completed by an international research team that included experts from the Centers for Disease Control and Prevention, the World Health Organization and several colleges and universities.

It warns that a child who loses a parent or a caregiver could suffer negative effects including an increased risk of poverty, sexual abuse, mental health challenges and severe stress.

An earlier study, focused on the first 13 months of the pandemic, arrived at an estimate of 1.5 million affected children. The new figure is much higher not just because it adds data for six more months, researchers say, but also because the first estimate was a significant undercount. Using updated figures on Covid-related deaths, the researchers now calculate that at least 2.7 million children lost a parent or caregiver during the first 13 months.

The new study covers data through October 2021, and does not include the latest surge in cases from the Omicron variant, which have undoubtedly added to the toll.

“It took 10 years for five million children to be orphaned by H.I.V./AIDS, whereas the same number of children have been orphaned by Covid-19 in just two years,” Lorraine Sherr, a professor of psychology at University College London and an author of the study, said in a statement.

Davyon Johnson, 11, from Muskogee, Okla., is one of the millions of children to have lost a parent — in his case, his father, Willie James Logan, who died two days after being hospitalized with Covid in August 2021.

“It’s been a rocky road, I’ll say it like that,” Davyon’s mother, LaToya Johnson, said in an interview.

Davyon has dealt with the grief as best as he can, she said. His grades are still strong. He’s still eager to see friends. Still, there are days when they are both exhausted.

“Up and down — up and down,” Ms. Johnson said of their emotions. “It’s him wanting to call his daddy and not being able to.”

Darcey Merritt, a professor of child welfare at New York University who was not involved in the study, said the deaths of parents and caregivers would have a “long, far-reaching impact” on children, especially those in lower-income households.

Children of color in the United States, she added, are particularly at risk of negative consequences.

Return to office. The two-year mark since many American businesses sent their office workers home is approaching, and some antsy executives have delivered a long-delayed message: Return-to-office plans are real this time.

The study in The Lancet found that two out of three children orphaned are between 10 and 17, and a majority of the children who lost a parent lost their father.

Juliette Unwin, a lead author of the study from Imperial College London, said in a statement that as the researchers receive more data, they expected the figures to grow “10 times higher than what is currently being reported.”

One Man’s Choice to Be Cremated Under the Open Sky