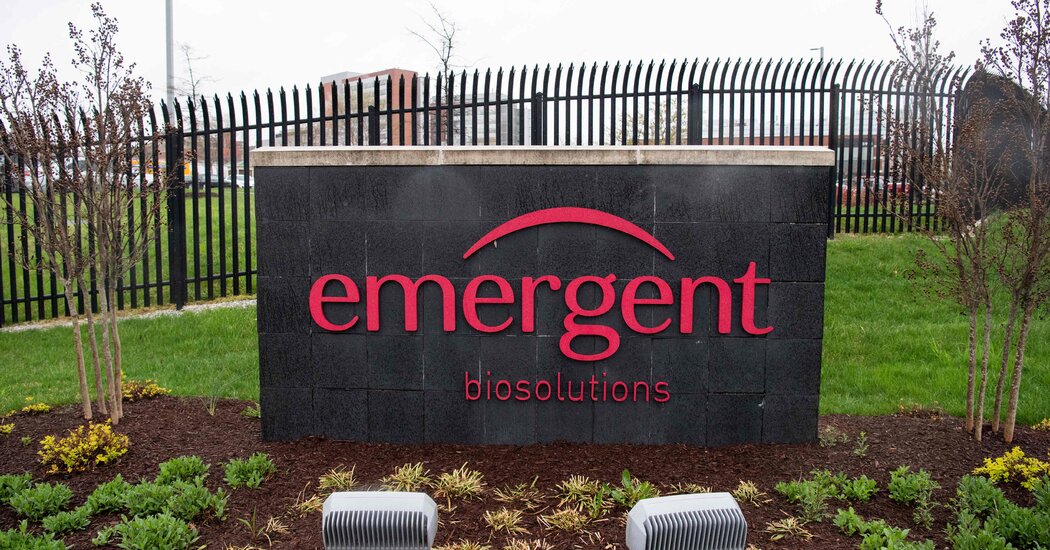 House Democrats launched a broad inquiry into Emergent after The New York Times documented months of problems at the plant, including failure to properly disinfect equipment and to protect against viral and bacterial contamination. Committee staff released a series of confidential audits, previously reported by The Times, that found a range of violations of manufacturing standards as well as a June 2020 report by a top federal manufacturing expert warning that Emergent lacked trained staff and adequate systems for quality control.

Lawmakers are looking into whether company officials leveraged relationships with the Trump administration to win a $628 million federal contract, and whether Emergent executives accepted the award despite known deficiencies. They are also looking at Mr. Kramer’s sale of $10 million worth of Emergent stock this year, and at hundreds of thousands of dollars in cash bonuses Emergent’s board awarded to its top executives.

Representative Carolyn Maloney, Democrat of New York, complained that Emergent officials “appear to have wasted taxpayer dollars while lining their own pockets.” Mr. Krishnamoorthi asked Mr. Kramer sharply if he would consider turning over his $1.2 million bonus from 2020 to the American taxpayers.

“Congressman, I will not make that commitment,” Mr. Kramer replied evenly.

“I didn’t think so,” Mr. Krishnamoorthi shot back.

Early in the hearing, Mr. Kramer testified that the possible contamination of the Johnson & Johnson doses “was identified through our quality control procedures and checks and balance.” But under questioning, he later acknowledged that it was picked up by a Johnson & Johnson lab in the Netherlands.

While Democrats pressed Mr. Kramer for information about vaccine manufacturing, Republicans sought to defend the company, and tried to change the subject by talking about the unproven theory that the coronavirus emerged from a laboratory in China, the “lies of the Communist Party of China” and mask mandates, as well as the Biden administration’s call for a waiver of an international intellectual property agreement, which is strongly opposed by the pharmaceutical industry.

“You are a reputable company that has done yeoman’s work to protect this country in biodefense!” Representative Mark Green, Republican of Tennessee, exclaimed at one point, adding, “So you gave your folks a bonus for their incredible work.”