One Cure for Pandemic Doldrums: Walking Every Street in Your City 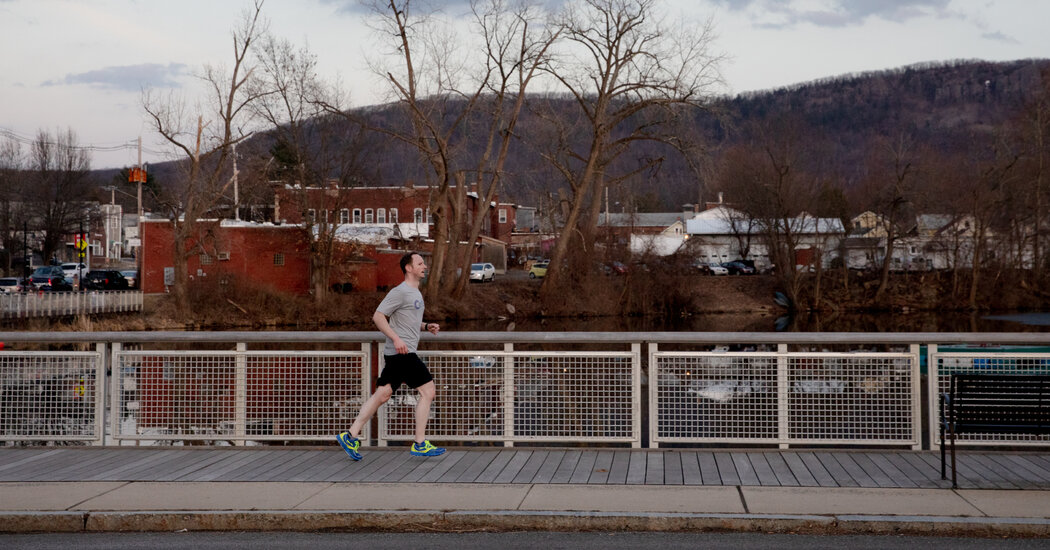 There were also the logistical challenges of walking during the pandemic. In spring 2020, when most of the country was shut down, the pair continued their walks but would try to stay six feet apart and wear masks. Stopping at a gas station to use the restroom or at a McDonald’s to buy coffee suddenly seemed risky, so they packed more snacks and brought devices that would allow them to discreetly relieve themselves outdoors.

“We just got creative,” said Ms. Hosbrough, a counselor. “We were determined not to shorten the length of our walks.”

There were perks to pandemic walking, too. Justin Robbins, who walked every street in Longmont, Colo., in late 2020 and early 2021, said the pandemic seemed to inspire more ambitious Christmas decorations in his city.

“People went big — bigger than they typically would,” said Mr. Robbins, a software engineer who had grown bored walking the same route near his house, and who credited his 586-mile tour of Longmont with improving his physical and mental health.

But the pandemic also brought about an increase in reckless driving and, in some places, record numbers of pedestrian deaths. Crashes killed more than 6,700 pedestrians in 2020, up about 5 percent from the estimated 6,412 the year before, according to the Governors Highway Safety Association. The Peoria police said there had not been an increase in pedestrian deaths there.

Both Ms. Hosbrough and Ms. Jacobsen-Wood, who are 50 and who grew up in the Peoria area, said they saw their walks as a way to counter what they considered to be a pervasive but unwarranted fatalism in how some Peorians viewed their city. Local journalists sometimes joined them on their strolls.

Peoria, situated about halfway between Chicago and St. Louis, has seen its population stagnate at around 110,000 residents in recent decades. Caterpillar, the manufacturer of construction and mining equipment, moved its headquarters out of the city a few years ago. And homicides surged to record levels during the pandemic, according to The Peoria Journal Star, leading some commenters on the Pedestrians in Peoria Facebook page to question whether it was safe for the women to walk through certain neighborhoods.