Once a Foreign Policy Partner, Congress Struggles for Unity on Ukraine 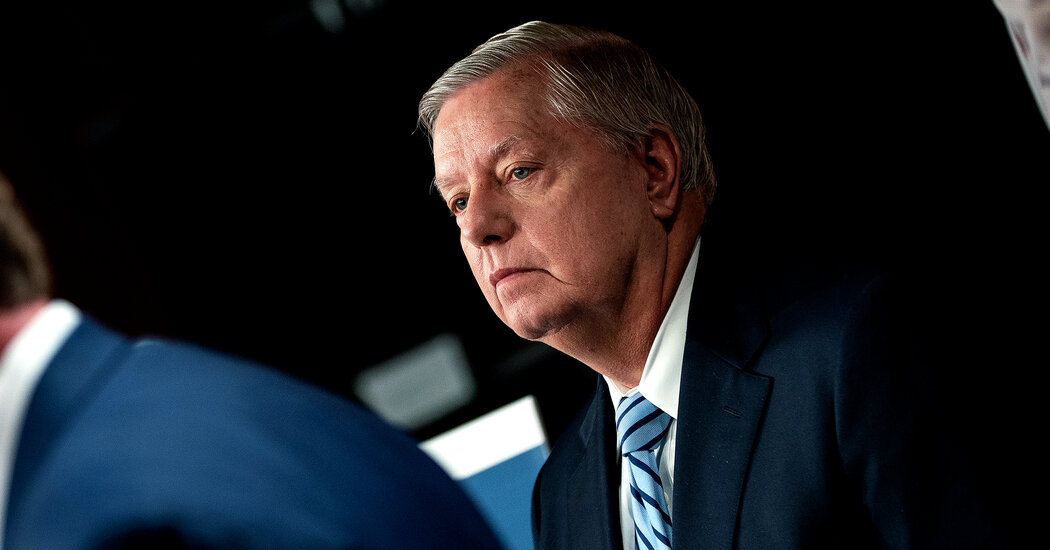 WASHINGTON — Since the 1950s, when Senator Arthur Vandenberg declared that “politics stops at the water’s edge,” titans in Congress have been key partners in America’s foreign policy, not as “yes men” to presidents but as co-architects of Pax Americana and the post-World War II order.

But the spiraling Ukraine conflict has pointed up how far the power of Congress in the foreign policy arena has fallen since the death of Senator John McCain, the move of Senator Joseph R. Biden Jr. off Capitol Hill and to the White House, and the rise of a brand of partisanship that extends well beyond the water’s edge.

This week, loud voices emerged urging President Biden to act forcefully to counter Russian aggression. But other lawmakers have used the crisis for partisan advantage, castigating the president and blaming the Biden administration for President Vladimir V. Putin’s assault on his neighbor.

Perhaps more telling is the relative quiescence, from both Democratic and Republican leaders in Congress, who are hobbled by divisions in their ranks and seemingly content to let the White House take the lead, the credit or the blame.

“The Congress will be prepared to take further action, if additional action is deemed necessary,” Representative Steny H. Hoyer of Maryland, the House majority leader, said on Tuesday afternoon, encapsulating the hands-off posture of many of his colleagues.

Such caution is in keeping with the legislative branch’s reluctance to challenge the expanding powers of the presidency abroad.

“When you put your name next to an action, you’re going to be judged for that action, and Congress is full of risk-averse people,” said Casey Burgat, the director of the legislative affairs program at George Washington University, who studies Congress and foreign policy. “Foreign policy is a minefield of unintended consequences. It’s hard to put your name next to something when you don’t know how it ends.”

After a month of trying and failing to reach consensus, senators from both parties went to work again on Tuesday on a multipronged legislative response to Russian aggression that would provide emergency funds for Ukraine’s defense, weaken Moscow’s economy and create a new task force to find ways to seize the wealth of Russian oligarchs, and possibly the riches of Mr. Putin himself.

“I want a sanctions regime from hell next week,” he told reporters at a news conference in South Carolina.

Senator Richard Blumenthal, Democrat of Connecticut, said talks began Monday night and were picking up steam Tuesday, after senators fruitlessly argued for the past month over the size, shape and timing of a measure to impose sanctions legislatively.

The spending bill would pump up lethal aid to Ukraine, help the Defense Department fund troop deployments to NATO countries to the north and the west of Ukraine, and prepare Ukraine’s neighbors for refugees. The sanctions bill aims to target the fabulously rich oligarchs who have bolstered Mr. Putin’s government while sending their children to schools in the West and their money into yachts in European ports and luxury apartments in London and Manhattan.

“There is consensus among Democrats and Republicans that one of the soft underbellies of Putin’s world is the lavish lifestyles of the oligarchs that he supports to keep him in power,” Mr. Graham said. But he also warned the broader Russian public, “You can expect bad things to come your way.”

Mr. Blumenthal said Germany’s action this week to halt work on a major natural gas pipeline from Russia to Western Europe had cleared away the biggest sticking point to a sanctions bill. Some Republicans had been pressing hard for sanctions to cripple the Nord Stream 2 pipeline, but the Biden administration strongly opposed such an action until a Russian attack, fearing it would splinter the trans-Atlantic alliance and hurt NATO unity before an invasion.

But a month ago, Mr. Blumenthal was among the senators who vowed that a bipartisan vote on sanctions against Russia would come within a week or two, to prove U.S. unity and resolve — and marginalize voices on the far right that were questioning American interests in the conflict or, worse, siding with Mr. Putin.

“I was disappointed, to be very blunt, that we were unable to come together,” Mr. Blumenthal said on Tuesday.

There is no guarantee that unity is now at hand, either. Foreign policy has become a graveyard for legislative ambition. Repeated efforts to repeal or revise authorizations for military force passed in 2001 and 2002 have gained steam, only to die. Republican efforts to reshape or kill President Barack Obama’s nuclear deal with Iran came to nothing. Democratic efforts to block President Donald J. Trump’s “emergency” arms sales to the Middle East also proved unsuccessful.

The ever-expanding powers of an imperial presidency have been greeted largely by inaction by the legislative branch.

But the current crisis could be different, said Senator Tim Kaine, Democrat of Virginia, who has been working fruitlessly for nine years to reassert Congress’s authority to declare wars. Mr. Biden has broad authority to impose crippling sanctions on his own, but in some areas, such as cutting Russia off from the international banking computer system known as Swift, Congress may need to legislate. And after talking tough for so long, lawmakers will want to show they can come together.

Mr. Graham, an outspoken ally of Mr. Trump, did say on Tuesday, amid shots by many of his Republican colleagues at the Biden administration: “We have one president at a time. President Biden is the president of the United States, and to the extent I can help him push back on Putin, I will.”

But other Republicans were less gracious.

“Joe Biden has refused to take meaningful action, and his weakness has emboldened Moscow,” Senator Marsha Blackburn, Republican of Tennessee, said in a statement on Tuesday, echoing Senator Ted Cruz, Republican of Texas, who wrote on Monday, “Biden-Harris officials are to an enormous extent directly responsible for this crisis.”

The House Republican leadership even grabbed a photo of Mr. Biden’s back as he left the East Room of the White House after announcing the latest round of sanctions, and declared, “This is what weakness on the world stage looks like.”

Criticism is nothing new, noted Mark Salter, a longtime aide, adviser and biographer of Mr. McCain’s. The senator, who died of brain cancer in 2018, was able to drive foreign and military policy from Capitol Hill through sheer force of personality. He could be harshly critical of presidents from both parties, but he was consistent in his advocacy of a strong trans-Atlantic alliance to confront authoritarianism.

It is that consistency that is fraying, Mr. Salter said, and cheap shots for attention are not helpful. Republicans who stood silent as Mr. Trump launched a sustained assault on NATO and leaned toward Mr. Putin now speak of Mr. Biden’s weakness toward Russia. Leaders have failed to condemn isolationist voices in the party such as Mr. Trump and Representative Marjorie Taylor Greene of Georgia, who questioned on Twitter, “What is with these neocons drooling over our 18 year old men getting blown to pieces in war?”

On conservative radio on Tuesday, the former president praised Mr. Putin as “savvy” and “genius,” echoing the Russian strongman’s description of his invading troops as peacekeepers.

“That’s the strongest peace force; we could use that on our southern border,” Mr. Trump said, adding: “There were more army tanks than I’ve ever seen. They’re going to keep the peace all right.”

Such sentiments are light years from the internationalist coalition assembled by Mr. Vandenberg, a Michigan Republican, to support the postwar Marshall Plan to rebuild Europe, the establishment of NATO and mutual defense agreements through the United Nations.

“Even in the glory days of ‘politics stops at the water’s edge,’ if that ever existed, there was always political opportunism,” Mr. Salter said. “It’s just sort of disgusting at the moment.”