On Voting Rights, Biden Prefers to Negotiate. This Time, It Might Not Be Possible. 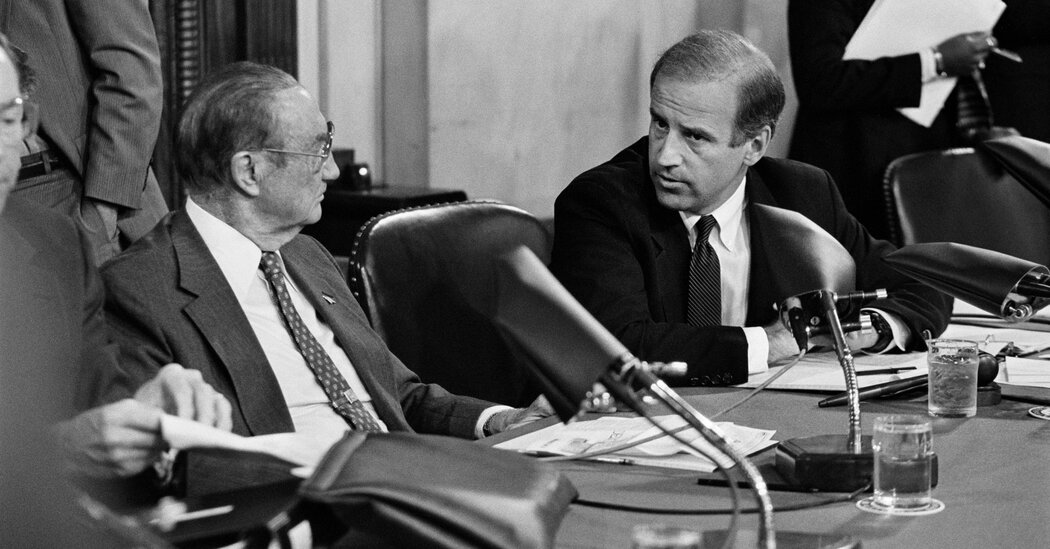 One of the biggest fights of his career came in 1985, when Mr. Biden, then the top Democrat on the Senate Judiciary Committee, led a bipartisan effort to stop the nomination of William Bradford Reynolds, then the chief of the Civil Rights Division of the Justice Department under President Ronald Reagan, to become associate attorney general.

In televised hearings, Mr. Biden targeted Mr. Reynolds’s oversight of a redistricting effort in Louisiana that split a majority Black district around New Orleans in two, a move that kept Black voters in the minority. During one hearing, Mr. Biden pointed out that Mr. Reynolds had been aware that an official involved in the redistricting effort had repeatedly used a racial slur.

In a rebuke of the Reagan administration’s track record on civil rights, two Republicans from the Judiciary Committee voted with Democrats to oppose Mr. Reynolds’s nomination.

A year later, Mr. Biden opposed the nomination of Jeff Sessions for a federal judgeship in Alabama. Mr. Biden’s objections stemmed, in large part, from comments that were widely criticized as racist, but also from Mr. Sessions’s past prosecution of three Black people who were later acquitted of voting fraud charges. Faced with a split committee vote, the White House later pulled Mr. Sessions’s nomination.

By 1987, Mr. Biden had sharpened his reputation as a moderate who could win over Republicans on the grounds of what one former Senate aide called an ability “to appeal to their better angels” on civil rights matters.

That year, Mr. Biden — then in the midst of his first presidential campaign — led yet another effort to defeat a Reagan-era nominee: Robert H. Bork, whom the president had chosen for the Supreme Court. Alarmed by Mr. Bork’s past criticism of rulings on the rights of African Americans and women, Mr. Biden by that time had a well-honed playbook: He approached moderate Republicans, including Senator John W. Warner of Virginia, who could also help widen the margins on the final vote.

“We already had Bork beat,” Mark Gitenstein, a close friend of Mr. Biden’s and a former Senate aide, told The New York Times in 2019. “But Biden really wanted to get Warner because he had such stature.”