On Fox News, the president floats sending law enforcement officials to the polls. 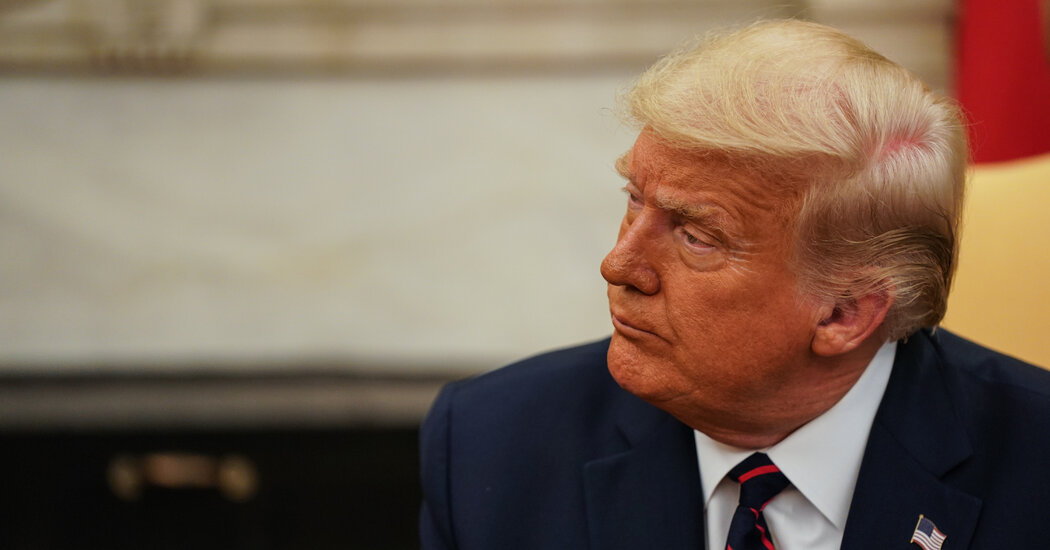 President Trump continued his tirade against mail-in voting on Thursday night, claiming that the November contest would be “the most fraudulent election in history.”

In an interview on Sean Hannity’s show on Fox News, the president also floated the idea of sending law enforcement officials to the polls to combat voter fraud, which experts say is exceedingly rare in American elections.

The president acknowledged that he has voted absentee several times, but said he objected to ballots’ being sent to voters in mass mailings, even if the voter hasn’t requested to vote by mail.

Mr. Trump continues to make claims about voter fraud despite scant evidence of fraud stemming from absentee or mail-in voting. He also did not mention that when ballots are mailed in, they must be matched to the signature that a local clerk has on file for the voter.

The 28-minute interview came on the last night of the Democratic National Convention. Mr. Trump, who said he had watched portions of the event, offered pointed criticism of his Democratic opponent in the general election, Joseph R. Biden Jr., and former President Barack Obama.

“Without them, Biden and Obama, I wouldn’t be president,” he said. “People don’t remember the hatred and division, probably a little more quiet, for eight years. He was a terrible president, a very divisive president. When I got in, it was a rocket ship.”

There was widespread derision of Democrats throughout the evening on Fox News.

Tucker Carlson said that their convention message did not amount to “a coherent ideological framework or a governing strategy.”