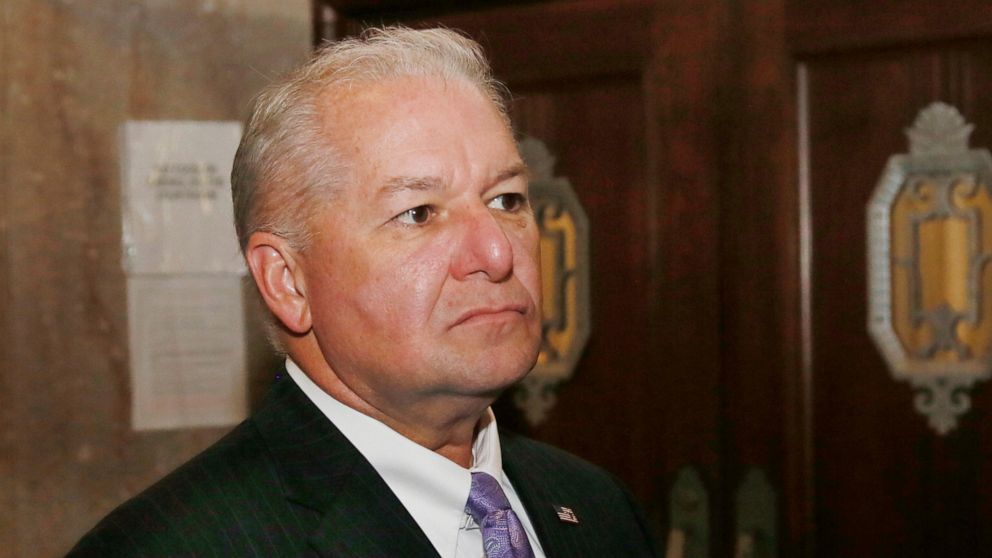 OKLAHOMA CITY — A white Oklahoma City police officer accused of fatally shooting a fleeing Black man armed with a knife three times in the back was charged Thursday with first-degree manslaughter.

Oklahoma County District Attorney David Prater filed the charge against Sgt. Clifford Holman in the death of 60-year-old Bennie Edward. If convicted, the seven-year veteran of the police force could face up to life in prison.

Holman, 36, responded to a call on Dec. 11 about a Black man who was harassing customers at a business in north Oklahoma City, according to an affidavit by homicide Detective Bryn Carter. When he arrived at the scene, Holman encountered Edwards, who was holding a knife and refusing officers’ commands to drop it, the affidavit states.

After using a Taser and pepper spray on Edwards to little effect, Holman “fired three shots unnecessarily at Mr. Edwards as he was running away striking him in his upper middle back causing his death,” Carter wrote.

The shooting sparked days of protests and demonstrations by Black Lives Matter groups and other activists.

“There are always many things to consider when determining whether or not an officer’s use of deadly force is lawfully justified or not,” Prater said in a statement. “Any loss of human life is tragic, and I take these decisions very seriously.”

Holman’s attorney, Kyle Sweet, said in a statement that he is convinced Holman “acted lawfully, and we are proud to represent him as we fight these charges in a court of law.”

John George, the head of the local Fraternal Order of Police branch, said Holman followed his training and took steps to protect another officer when de-escalation tactics proved ineffective.

“In this situation, when faced with a disturbed individual armed with a deadly weapon, our officers used multiple methods of de-escalation and less-lethal options to try to avoid the use of deadly force,” the police union president said in a statement. “When those efforts were ineffective, the officers were put in peril when they were charged by the armed person. We maintain that Sgt. Holman upheld his duty and followed the law.”

The charging documents filed Thursday include the alternative lesser charge of second-degree manslaughter, which carries a punishment of between two and four years in prison.

In 2013, Del City police Capt. Randy Harrison was sentenced to four years in prison after being convicted of second-degree manslaughter for shooting an unarmed teenager in the back as he ran away following a scuffle.

In 2019, another Oklahoma City police sergeant, Keith Sweeney, was sentenced to 10 years in prison after a jury convicted him of second-degree murder in the shooting death of an unarmed, suicidal man.

And last year, Prater charged Chance Avery, a corporal with The Village Police Department, with first-degree manslaughter for fatally shooting a man wielding a baseball bat. A preliminary hearing in that case is set for next month.