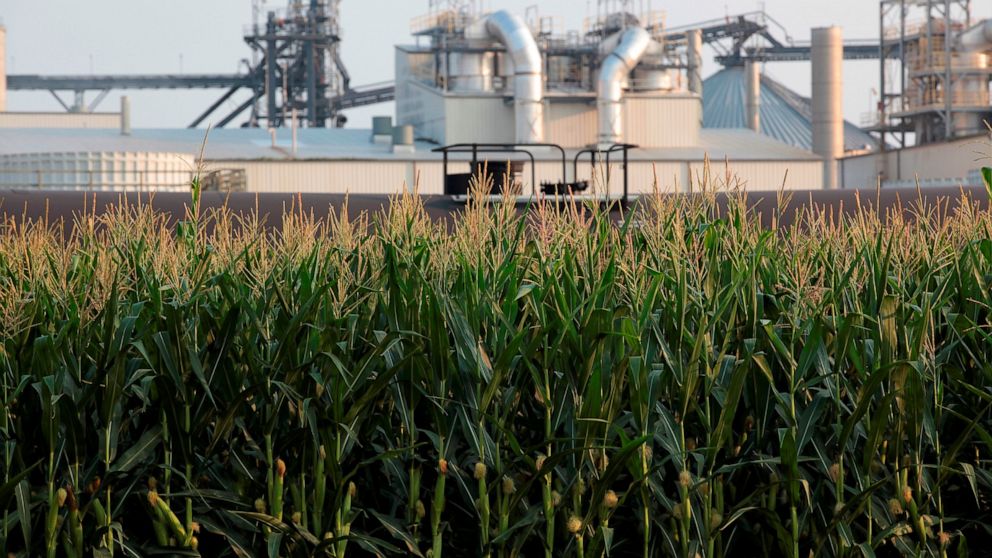 BISMARCK, N.D. — North Dakota’s biggest oil driller said Wednesday it will commit $250 million to help fund a proposed pipeline that would gather carbon dioxide produced by ethanol plants across the Midwest and pump it thousands of feet underground for permanent storage.

Continental Resources, headed by billionaire oil tycoon Harold Hamm, discussed the investment into Summit Carbon Solutions’ $4.5 billion pipeline at an ethanol plant in Casselton, in eastern North Dakota. The plant is one of 31 ethanol facilities across Iowa, Minnesota, Nebraska and the Dakotas, where emissions would be captured and piped to western North Dakota and buried deep underground.

The Summit project is one of at least two major CO2 pipelines planned for the Midwest. Navigator CO2 Ventures is planning a pipeline that will stretch over 1,200 miles (1,931 kilometers) through Iowa, South Dakota, Nebraska, Minnesota and Illinois.

Similar CO2 pipeline plans are being considered elsewhere after the federal government increased tax credits, by 2026, to $50 for every metric ton of carbon dioxide a company sequesters. Ethanol producers are aiming to make the fuel more marketable along the West Coast and especially California which requires distributors in that state buy only ethanol with a low carbon emissions impact; companies that produce such ethanol can get a higher price.

The Summit pipeline system would extend 2,000 miles (3,219 kilometers) and could move up to 12 million metric tons of carbon dioxide a year, said Wade Boeshans, executive vice president of the Iowa-based pipeline developer. That’s equal to removing the annual carbon emissions of 2.6 million cars, he said.

Boeshans said the involvement of Hamm likely will help raise capital and boost the project’s profile. Hamm’s company helped lead a renaissance in the U.S. oil industry through the use of horizontal drilling to free oil trapped in shale rock. Continental is the biggest producer and largest leaseholder in the Bakken shale formation, with more than 1 million acres (404,686 hectares) in North Dakota and Montana.

Hamm told The Associated Press that his company is looking at the pipeline project as more than an investment.

“We feel it’s the right thing to do at the right time,” Hamm said. “Carbon capture and storage is going to be more and more important every day as we go forward in America.”

North Dakota is the nation’s No. 3 oil producer behind Texas and New Mexico.

Continental and Summit officials said there are no plans to inject carbon dioxide into old oil wells to boost production, a process that has been largely unsuccessful in North Dakota.

“That is not part of our business plan,” Boeshans said.

The Trump administration in 2018 gave North Dakota the power to regulate underground wells used for long-term storage of waste carbon dioxide. North Dakota was the first state to be given such power, the Environmental Protection Agency said in announcing the move. The state has since invested heavily in carbon capture and sequestration technology.

Republican North Dakota Gov. Doug Burgum praised the Summit pipeline and other proposed carbon storage projects in North Dakota, which are integral as part of the state’s plan to become carbon neutral by 2030.

The company has not filed permit applications in North Dakota for the pipeline, or for the estimated dozen underground wells needed for storage. The project could employ up to 17,000 people during construction, and lead to 500 permanent jobs when it’s expected to come online in mid-2024, Boeshans said.