Ohio is a dead heat, with Biden having an edge in Pennsylvania and Trump in Texas, polls show. 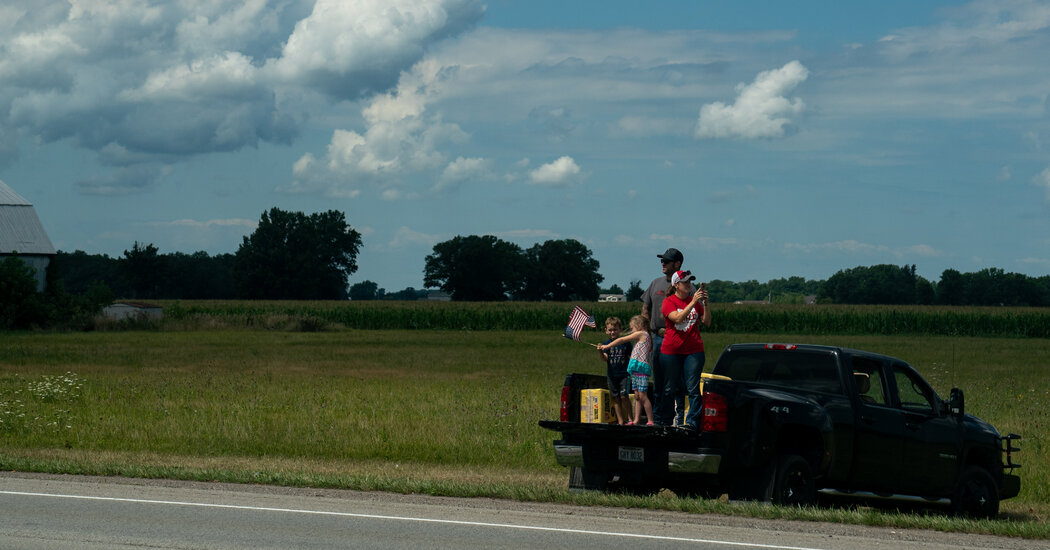 With 39 days until the election, the pivotal state of Ohio remains very much torn between President Trump and former Vice President Joseph R. Biden Jr., according to a new poll that showed the two adversaries in a virtual tie.

At the same time, Mr. Biden led Mr. Trump by six percentage points in Pennsylvania, where Mr. Biden was born and which Mr. Trump carried by just over 44,000 votes against Hillary Clinton in 2016.

And in Texas, a state that Republicans have taken in every election since 1980 but where Democrats have been making tangible inroads, Mr. Trump had an edge of five percentage points. He carried Texas by nine points in the last election.

In Ohio, Mr. Biden clung to a 1-point lead over Mr. Trump, 48-to-47 percent, among likely voters, according to a Quinnipiac University poll that was released on Thursday and was conducted from Sept. 17 to Sept. 21. The poll had a margin of error of plus or minus three percentage points.

“Ohio could hinge on a sliver of likely voters who signal they may have a change of heart and the four percent who say they are unsure right now who they’ll back,” Mary Snow, a Quinnipiac polling analyst, said.

In Texas, Mr. Trump led Mr. Biden 50-to-45 percent in a Quinnipiac poll that was also released on Thursday and also had a margin of error of plus or minus three percentage points.

In previous polls, Quinnipiac sampled registered voters, which pollsters said made it difficult to compare them to the latest survey, which was of likely voters.

In Pennsylvania, Mr. Biden led Mr. Trump 48-to-42 percent among likely voters, according to a Franklin & Marshall College poll that was released on Thursday and was conducted between Sept. 14-20. The poll had a margin of error of plus or minus six-and-a-half percentage points. Mr. Biden’s lead was nine percentage points among registered voters.