Officer Who Killed Ma’Khia Bryant Will Not Face Charges 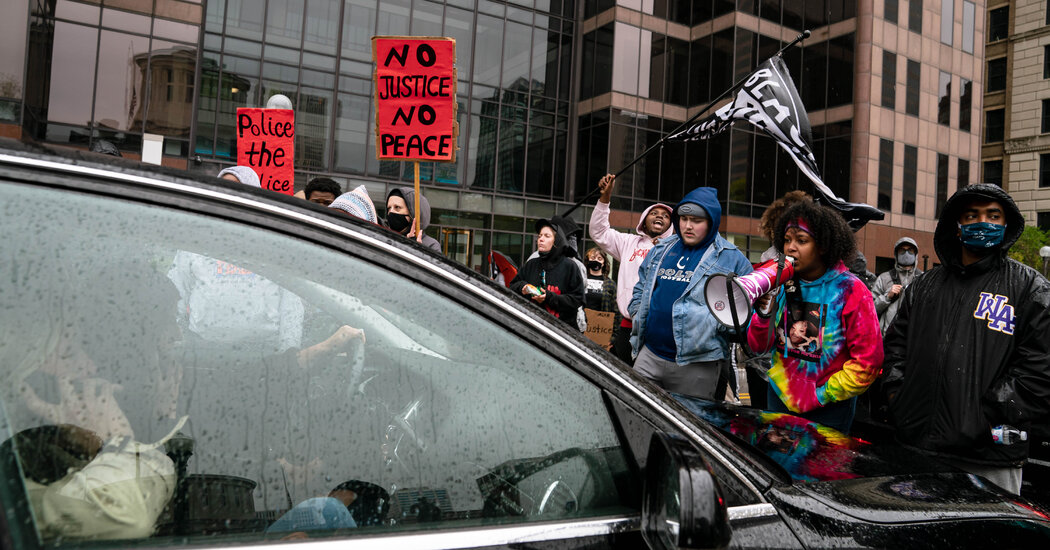 Jeff Simpson, the president of the union that represents Columbus police officers, said he sat with Officer Reardon and his family for four hours on Friday as they awaited the grand jury’s decision. He said the officer was relieved by the outcome but still grappling with having killed a teenage girl in what he has said was an attempt to save the life of the other young woman.

“He wishes he never would’ve been put in that position,” Mr. Simpson said.

Officer Reardon, who has been on desk duty since the shooting, hopes to return to patrolling now that the case is complete, he said.

The encounter began on April 20, 2021, when the sisters were at home after school with Tionna Bonner, the 22-year-old woman, who had previously lived there. Ja’Niah told The New York Times last spring that Ms. Bonner was berating them for not being clean enough and for disrespecting their foster mother.

As things escalated, Ja’Niah called her grandmother Jeanene Hammonds for help. Ms. Hammonds had taken care of the children after they were taken away from their mother over claims of abuse and neglect, but she said she lost custody when her landlord kicked her out of her home and she had nowhere permanent to live.

In interviews last year, Ms. Hammonds described arriving at the foster home and trying to keep her grandchildren separated from the former resident and another former foster child who had also arrived and joined the fray. Ms. Hammonds said she urged her grandchildren to pack up their belongings and had planned to take them to her house.

But as the shouting continued, Ja’Niah and her grandmother said, Ma’Khia grabbed a steak knife from the kitchen. Ms. Bonner grabbed a pink knife from her car, according to an investigative report released on Friday, confirming the family’s claim that she also had a knife during the dispute. Ms. Bonner told the investigators that she had put the knife back into her car before the police arrived, and that she believed that Mr. Reardon had saved a life by shooting Ma’Khia.

Inside the house, Ja’Niah called 911 asking for help, saying that “grown girls” were “trying to stab us” and had tried to hurt the grandmother.