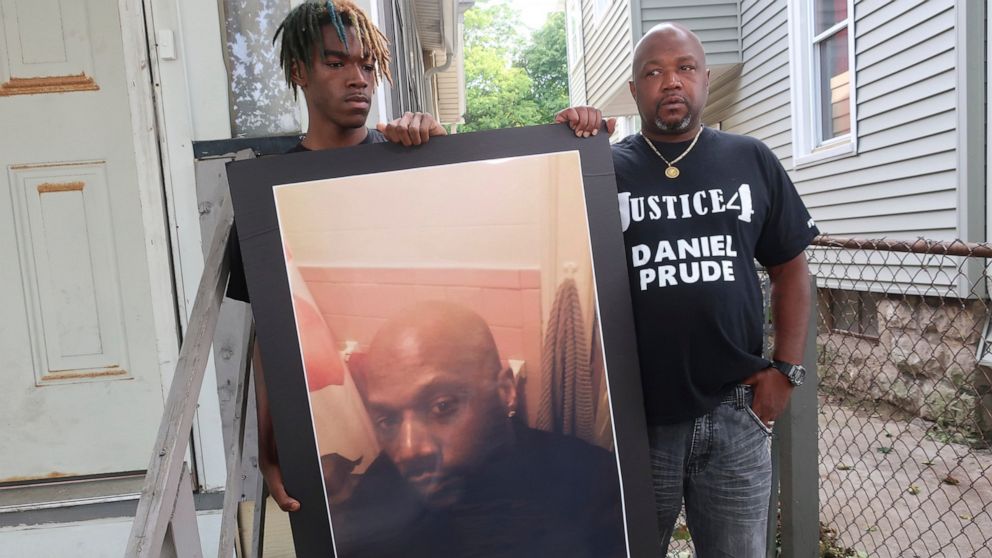 One of several police officers seen on video pinning down Daniel Prude, a Black man who died after being detained on a street in upstate New York, faces potential departmental discipline, the Rochester Police Department said.

Officer Mark Vaughn is the only officer to be served with “departmental charges” Thursday following an internal investigation of the police response to Prude, whose death sparked nightly protests and led to the suspension of seven officers.

Prude, 41, died in March 2020, a week after being held by officers against the pavement until he stopped breathing after he bolted from his brother’s home and shed his clothes during an apparent mental health episode.

Police body camera video released six months later shows Vaughn assuming a pushup stance while pressing Prude’s head to the pavement with his hands as others immobilize his legs. A mesh “spit hood” was placed over the head of Prude, who was naked on a cold night.

Lawyers for the police said the officers were strictly following their training in a technique known as segmenting.

The county medical examiner listed Prude’s manner of death as homicide caused by “complications of asphyxia in the setting of physical restraint” and cited the drug PCP as a contributing factor.

A grand jury assembled by state Attorney General Letitia James declined to indict any of the officers.

The results of a departmental investigation were released in a brief statement Thursday evening.

“The Rochester Police Department’s (RPD) Conflict Counsel has determined potential grounds for legal recourse in the case of Officer Vaughn, as it relates to the March 23, 2020, incident,” the statement from Chief Cynthia Herriott-Sullivan’s office said.

No other details were provided.

“The department fully supports Officer Vaughn’s right to due process and to defend himself against the charges, of which no pre-determined outcome has been put in place. A formal hearing will be scheduled in the future,” the statement said. “No other officers have been charged in this matter.”

An attorney for Vaughn did not immediately respond to a telephone message to his office Friday. A spokesperson for the Rochester Police Locust Club, the police union, said the union had no comment.

The police statement said the department has made several reforms since Prude’s death, including the formation of a Crisis Intervention Team.

The murder trial in Arbery’s shooting is imminent: Timeline shows important dates in the case