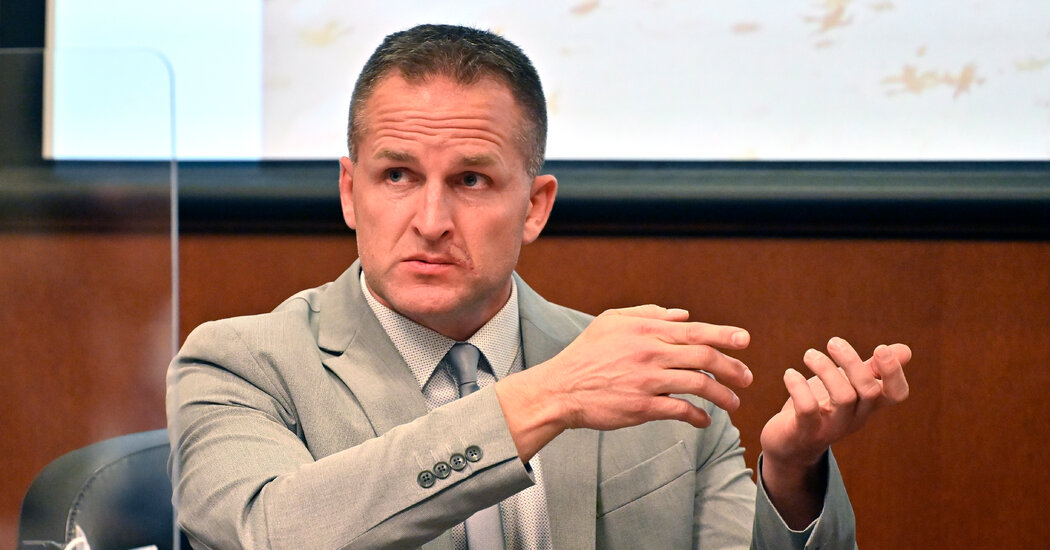 “I knew they were trying to get to him, and it appeared to me that they were being executed with this rifle,” Mr. Hankison said.

The police chief of the Louisville Metro Police Department fired Mr. Hankison three months after the raid, saying he had violated department policy by shooting “blindly” into the apartment through the window and door, which were covered by blinds. Mr. Hankison testified that he had fired in response to seeing muzzle flashes illuminate the window, not knowing that they were coming from the officers’ weapons.

The Kentucky attorney general’s office, which led the prosecution of Mr. Hankison, did not pursue charges against either of the officers whose bullets struck Ms. Taylor, Detective Myles Cosgrove and Sgt. Jonathan Mattingly. Mr. Cosgrove, who the F.B.I. said fired the fatal shot, was eventually fired from the department, as was a detective who prepared the search warrant. Mr. Mattingly, the officer whom Mr. Walker shot, retired last year.

In closing arguments on Thursday, Mr. Hankison’s lawyer, Stew Mathews, sought to shift blame for what happened partly to Mr. Walker, who he said was the “common denominator” of the case because he had fired at the officers as they entered the apartment.

In response, Mr. Hankison “did what he thought he had to do in that instant,” the lawyer said. Mr. Mathews reiterated that Mr. Hankison did not know there was another apartment behind Ms. Taylor’s that his bullets might reach. He said jurors could not find Mr. Hankison guilty if he did not know about that risk.

The crime of “wanton endangerment,” a felony, required jurors to find that Mr. Hankison “wantonly” did something to create a substantial danger of death or serious injury to the neighbors and did so with “extreme indifference to the value of human life.”

In prosecutors’ closing argument, Barbara Whaley, an assistant attorney general, focused on the fear that Ms. Napper felt with her family as they hid in their apartment. She said it would have been “obvious” to Mr. Hankison that there was an apartment behind Ms. Taylor’s because its front door was right next to hers.