Notes to a Teacher Lead Police to a Child’s Body 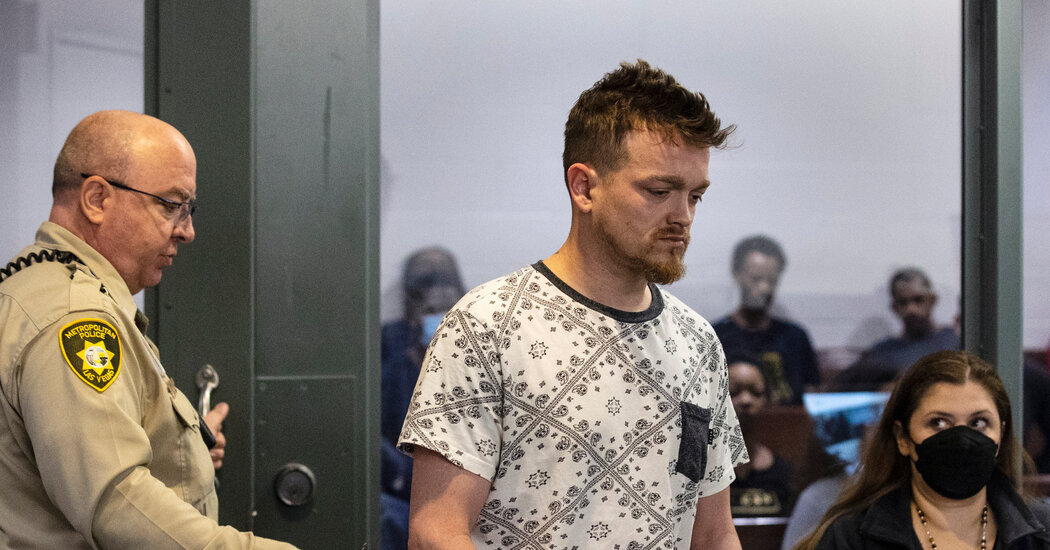 A Las Vegas girl passed a note to her elementary school teacher on Tuesday morning. It was from her mother, and the contents were alarming.

Her mother wrote that she was being held against her will inside a home and that she feared for her son, the girl’s younger brother, and did not know where he was, the Las Vegas Metropolitan Police Department said in a statement on Wednesday.

The teacher shared the note with the Clark County School District Police Department, which contacted the Las Vegas police, Lt. Ray Spencer told reporters on Tuesday night. It was “a tragic situation,” he said.

The police rushed to a home at the address the mother had enclosed. They found the mother and her boyfriend, Brandon Toseland, 35, driving away from the home, Lieutenant Spencer said at a news conference.

The police interviewed the mother, who said that Mr. Toseland was abusing her and that she believed her son might be dead, the statement said. She said she had not seen her son since December.

“She was not allowed to leave the house, and she was not able to go into the garage of the residence,” Lieutenant Spencer said.

In the garage, the authorities found a freezer. Inside, Lieutenant Spencer said, officers found “the remains of a preschool-aged child.”

Mr. Toseland was arrested and was being held at the Clark County Detention Center in Las Vegas on one count of open murder and two counts of kidnapping, the police said. It was unclear if Mr. Toseland had a lawyer.

The police did not identify the mother, her daughter or her son. A Police Department spokesman declined to explain the circumstances of the boy’s death on Wednesday afternoon.

A GoFundMe fund-raiser started by the son’s family identified the boy as Mason Dominguez, 4.

“To know we won’t ever see Mason again hurts,” Ariel Lopez, who organized the fund-raiser, wrote.

Mason’s father died a year ago, according to the fund-raiser, and the family was raising money to buy the boy a burial lot next to him.