North accuses US of hostility for S. Korean missile decision 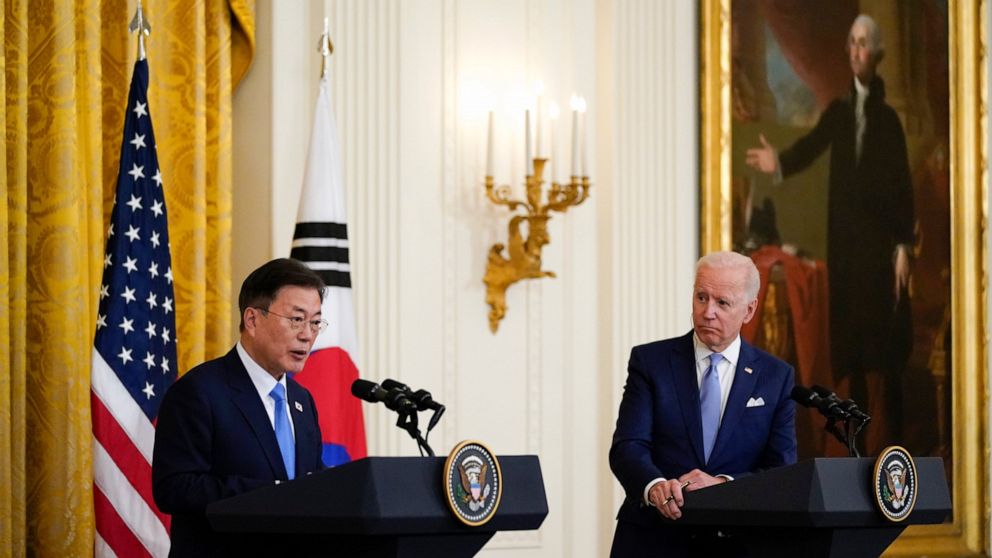 North Korea says the U.S. allowing South Korea to build more powerful missiles was an example of the U.S.’s hostile policy against the North and could lead to instability

SEOUL, South Korea — North Korea said Monday the U.S. allowing South Korea to build more powerful missiles was an example of the U.S.’s hostile policy against the North, warning that it could lead to an “acute and instable situation” on the Korean Peninsula.

It’s North Korea’s first response to the May 21 summit between the leaders of the United States and South Korea, during which the U.S. ended decades-long restrictions that capped South Korea’s missile development and allowed its ally to develop weapons with unlimited ranges.

The accusation of U.S. policy being hostile to North Korea would matter because it said it won’t return to talks as long as U.S. hostility persists. But the latest statement was still attributed to an individual commentator, not a government body, suggesting North Korea may still want to leave room for potential diplomacy with the Biden administration.

“The termination step is a stark reminder of the U.S. hostile policy toward (North Korea) and its shameful double-dealing,” Kim Myong Chol, an international affairs critic, said, according to the official Korean Central News Agency.

“The U.S. is mistaken, however. It is a serious blunder for it to pressurize (North Korea) by creating asymmetric imbalance in and around the Korean peninsula as this may lead to the acute and instable situation on the Korean peninsula now technically at war,” he said.

The United States had previously barred South Korea from developing a missile with a range of longer than 800 kilometers (500 miles) out of concerns about a regional arms race. The range is enough for a South Korean weapon to strike all of North Korea but is short of hitting other neighbors like China and Japan.

Some South Korean observers hailed the end of the restrictions as restoring military sovereignty, but others suspected the U.S. intent was to boost its ally’s military capability amid a rivalry with China.

“The U.S. act of giving free “missile” rein to south Korea is all meant to spark off arms race on the Korean peninsula and in its surrounding areas and check the development of (North Korea),” the commentator Kim said.

The North Korean reaction comes as the Biden administration shapes a new approach on North Korea amid long-dormant talks over the North’s nuclear program. During their summit, Biden and South Korean President Moon Jae-in said the U.S. review “takes a calibrated and practical approach that is open to and will explore diplomacy” with North Korea.

The North Korean statement criticized the Biden administration’s review indirectly, saying the new policy was viewed by other countries “as just trickery.”