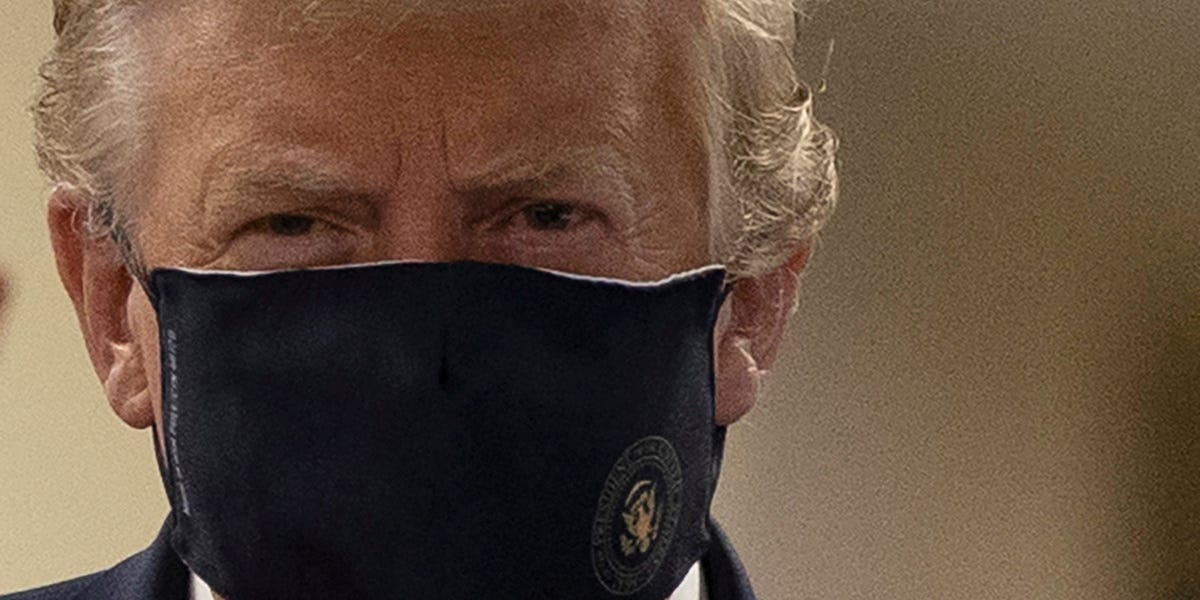 President Donald Trump did not want injured veterans to be present at a military parade because he believed it would make spectators uneasy,  The Atlantic reported Thursday.

“Nobody wants to see that,” Trump said during a White House meeting ahead of a planned military parade in 2018, according to sources who spoke to The Atlantic’s editor in chief. The president reportedly wanted to hold a massive military parade in Washington, DC, that year to coincide with Veterans Day weekend and the 100th anniversary of World War I.

The parade was estimated to cost around $92 million, according to CNBC, and was eventually delayed.

On July 4, 2019, Trump held a “Salute to America” parade in the nation’s capital. The display infuriated local officials and Democratic lawmakers who said it was a costly and unnecessary display of American military might.

“Our July 4th Salute to America at the Lincoln Memorial is looking to be really big,” Trump said on Twitter. “It will be the show of a lifetime!”

“The cost of our great Salute to America tomorrow will be very little compared to what it is worth,” the president added, ahead of the parade.

The president has repeatedly demanded military parades throughout his tenure at the White House, in a move that national security experts say mirrors the actions of authoritarian regimes like North Korea.

Laurence Tribe, a constitutional law professor who is frequently critical of the president, wrote of the July 4 parade, “The resemblance to days before Tiananmen Square is chilling.”

Democratic Rep. Seth Moulton of Massachusetts, a former Marine Corps officer who is also an outspoken Trump critic, mocked the president’s demands for the military parade.

“Trump’s military parade is such a great idea that it’s hard to imagine it coming from anyone who better understands the truths about what our troops want than a man who took five deferments to avoid serving himself,” Moulton tweeted at the time.

Trump reportedly came up with the idea of a grand military-themed parade after he attended one in France in July, in honor of Bastille Day, according to The Washington Post. Trump was met with military vehicles and troops, to which he later told Macron that “it was one of the greatest parades I’ve ever seen.”

The president also frequently touts his support for US veterans and their families and has falsely claimed more than 150 times that he is responsible for the passage of the Veterans Choice Act of 2014. However, Trump was not president at the time, and his predecessor, Barack Obama, signed the bill into law.

“This report is patently false,” White House spokesperson Alyssa Farah said. “President Trump holds the military in the highest regard. He’s demonstrated his commitment to them at every turn: delivering on his promise to give our troops a much needed pay raise, increasing military spending, signing critical veterans reforms, and supporting military spouses. These nameless anecdotes have no basis in fact and are offensive fiction.”

Judd Deere, another spokesperson, also put out a statement sharply denying the report’s claims, writing on Twitter, “Not a soul brave enough to put their name on any of these accusations. That’s because they are false. Just another anonymously sourced story meant to tear down a Commander-in-Chief who loves our military and has delivered on the promises he’s made. What a disgrace!”