Nina Popova, Dancer Who Fled Bolsheviks and Nazis, Dies at 97 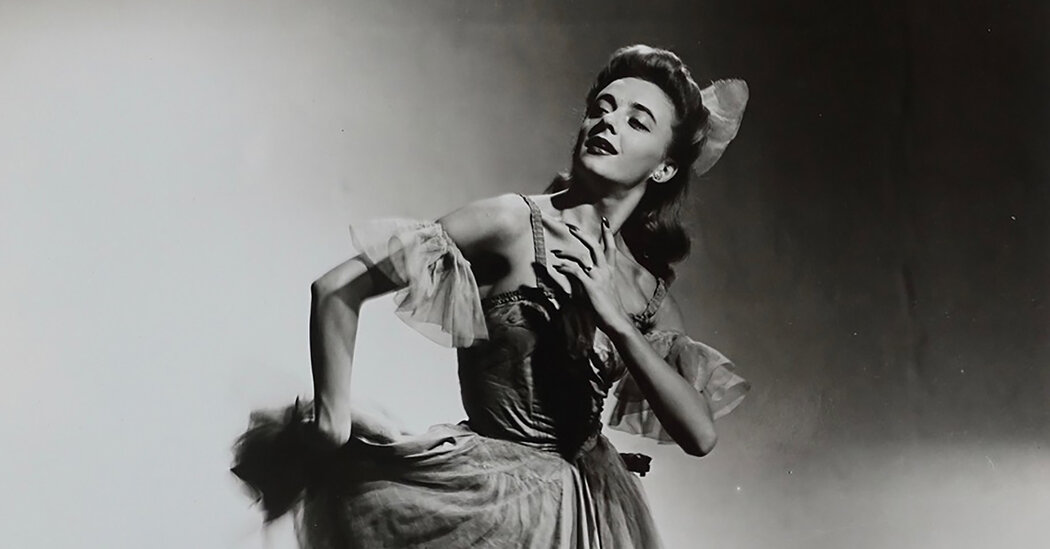 Nina Popova was a celebrated ballet dancer who escaped the Bolsheviks in Russia and the Nazis in Paris. It was the coronavirus that ultimately caught up to her.

She died on Aug. 7 at Flagler Hospital in St. Augustine, Fla., with a nurse holding her hand, her daughter, Irene Arriola, said. She was 97.

Ms. Popova married twice and had two children, one from each marriage — but, her daughter said, her interest was in dance, not parenting. She had no grandchildren. “I promised her that the dysfunction would end with me,” Ms. Arriola said.

Nina Popova was born in Novorossiysk, Russia, on Oct. 20, 1922, two months before the establishment of the Soviet Union. Her parents, Paul Popoff and Natalie Yacovleff, decided it was time to leave the country. They landed in Paris with their new baby in their arms. Mr. Popoff, who had been a hydroelectric engineer in his home country, joined the ranks of Russian cabdrivers there; his wife found work as a seamstress.

They envisioned a career in ballet for their daughter, enrolling her in a school with the children of other poor Russian refugees. Nina had a gift. At 12 she danced with the Russian opera in Barcelona, Spain, and at 14 she joined the Ballet de la Jeunesse, founded by the Russian ballerina Lubov Egorova.

As World War II and the Nazi occupation of France approached, she joined the Original Ballet Russe, directed by Wassily de Basil, which brought her to Australia and eventually to Cuba, where she came to the attention of the directors of what would become American Ballet Theater in New York.

On that tour she also met the dancer Nicholas Orloff. The two moved to New York in 1939 to join Ballet Theater, as it was originally called, married and had a son, Alexander. The marriage ended in 1950.

Ms. Popova branched out from ballet to Broadway and television, appearing regularly on “Your Show of Shows” and other programs. These opportunities were not her passion, but they paid the bills.

On a tour of Mexico, she met a journalist named Luis Sanchez Arriola, who introduced her to the politically minded artists of Mexico City. “My mother fit right in,” Ms. Arriola said. The couple married in Mexico City in 1957, but separated shortly after their daughter was born the next year.

Ms. Popova graduated from dancing to teaching. She taught at the High School of Performing Arts in New York from 1954 to 1967 before becoming the original artistic director of the Houston Ballet. Alas, her son said, that oil town and its magnates did not suit her.

“She was a little out of her element in Houston,” he said; as she told it, “They would come to the opening gala, the women in gowns, the men with cowboys boots, and they didn’t take their hats off during performances.”

She returned to New York in 1975 and continued teaching, on Long Island and at the Neubert Ballet Institute at Carnegie Recital Hall, until she was 77.

A broken hip, her second, sent her to Florida in 2018 to be near her daughter.

At 95, even as her short-term memory deserted her, she could still amaze, Ms. Arriola said. When she let it be known that her physical therapy bored her, the therapist had an idea, suggesting that Ms. Popova show off some of her ballet poses.

“That was all she needed to hear,” her daughter said. “As soon as we put her at the barre, she entertained everybody.”

One last time, the show went on.