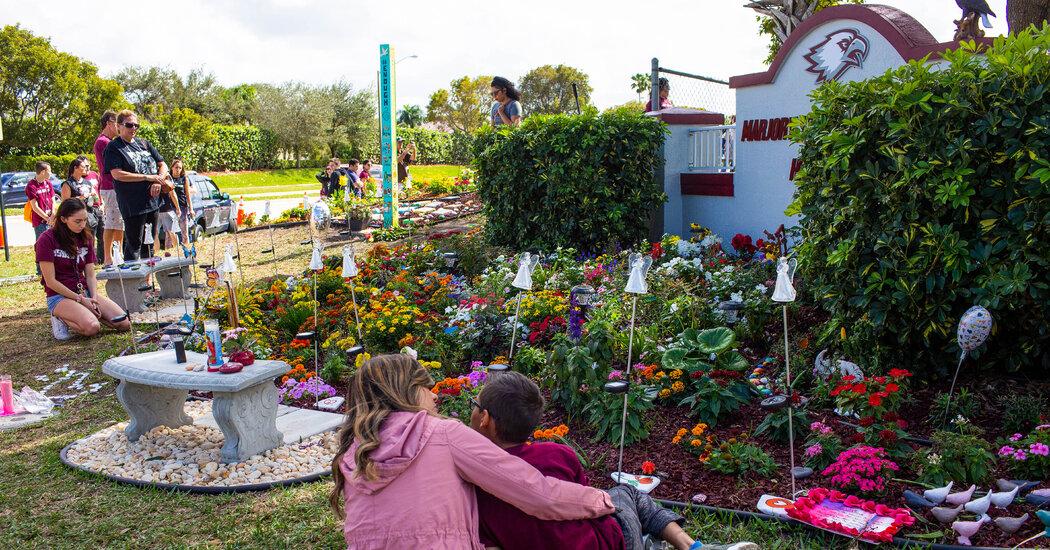 “We’re doing the best we can,” Mitchell Dworet said after the hearing. “It’s been a different kind of life for us now. We’re trying to heal as best we can.”

Both said they wanted Mr. Cruz to be executed.

“I’d like to see this young man suffer,” Mr. Dworet said. “He knew what he was doing. He took my son’s life and he tried to murder my other son. I’d like to see him on death row.”

Less than a month after the shooting, Michael J. Satz, who was then the Broward County state attorney, said he would seek the death penalty. He cited seven aggravating factors that he said could make Mr. Cruz eligible for execution under Florida law, including that Mr. Cruz “knowingly created a great risk of death to many persons” and that the crime was “especially heinous, atrocious or cruel.”

Following the guilty plea, a jury will determine whether the prosecution has proved those points and, if so, weigh them against mitigating factors offered by the defense, which could include details of Mr. Cruz’s mental health history and his level of remorse. The defense will also have to decide whether Mr. Cruz should testify in front of the jury.

Sarah Anne Mourer, a lawyer in Miami Shores who has worked on a variety of death penalty cases, said pleading guilty before a trial allowed Mr. Cruz’s lawyers to make a consistent argument to jurors, rather than trying to prove his innocence at trial and making a much different case during the penalty phase. Ms. Mourer said the proceeding would probably include testimony from behavioral experts, the families of the victims and, perhaps, relatives of Mr. Cruz’s or other people who knew him.

“What a jury cares about, and what will move them toward feeling that this guy is a human being and they don’t want to kill him,” Ms. Mourer said, is a demonstration of a “kernel of humanity” that jurors could weigh against the magnitude of his crimes.

The judge will then make a final decision after the jury makes its recommendation.

The separate case involving Mr. Cruz’s fight with the sheriff’s deputy dates back to November 2018, when Mr. Cruz assaulted the officer and grabbed his electroshock weapon while being held in a Fort Lauderdale jail.