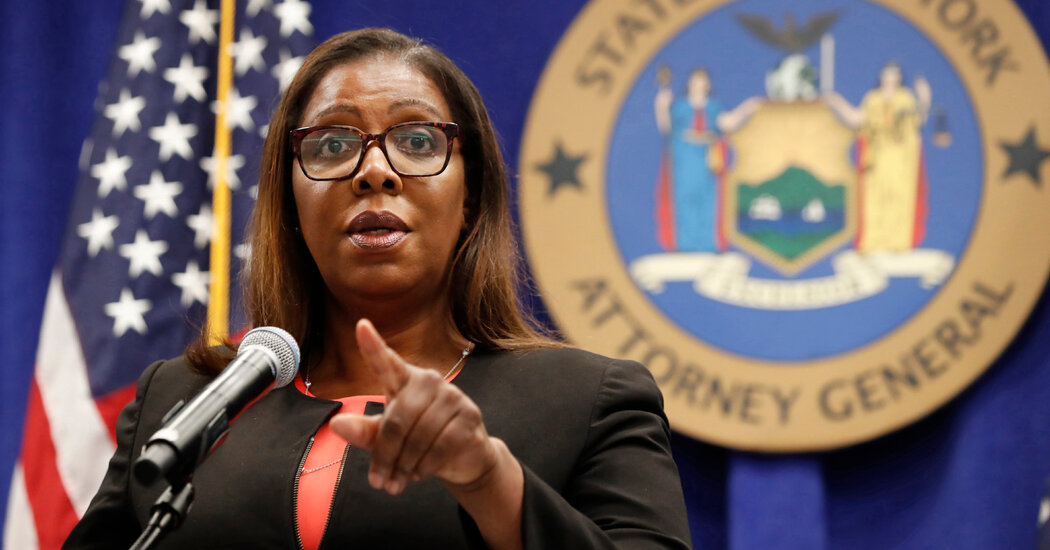 Donald J. Trump and his family came under increasing pressure from New York investigators after the attorney general’s office said Tuesday it was working alongside the Manhattan district attorney in an ongoing criminal fraud investigation.

The new development, first reported by CNN, was disclosed after the attorney general’s office wrote to the Trump Organization in recent days notifying it that information collected as part of the civil inquiry could now be used as part of a criminal investigation.

A lawyer for the Trump Organization did not immediately respond to a request for comment, though in the past, Mr. Trump, a Republican, has attacked both investigations as politically motivated fishing expeditions. Mr. Vance and Ms. James are both Democrats.

The long-running criminal investigation by the Manhattan district attorney has focused on an array of potential financial crimes at the Trump Organization, including tax and bank-related fraud. In particular, the prosecutors are examining whether Mr. Trump’s company inflated the value of his properties to obtain favorable loans and lowered the values to reduce taxes.

For months, the district attorney’s office has focused on Mr. Trump’s long-serving chief financial officer, Allen Weisselberg, mounting an aggressive effort to gain his cooperation against Mr. Trump and the Trump Organization, according to people with knowledge of the matter. As part of that effort, the district attorney has subpoenaed records from Mr. Weisselberg’s bank and the private school in Manhattan that his grandchildren have attended.

It is unclear what role Ms. James’s office will play in that aspect of the investigation. In the collaboration, two assistant attorneys general from Ms. James’s office are joining the district attorney’s team, people with knowledge of the matter said.

But her office will not be conducting its own independent criminal investigation. She is continuing her civil inquiry, which focuses on some of the same strands as the district attorney’s sweeping criminal inquiry. Both offices have been investigating some of the same Trump properties, including his Seven Springs Estate in Westchester County.