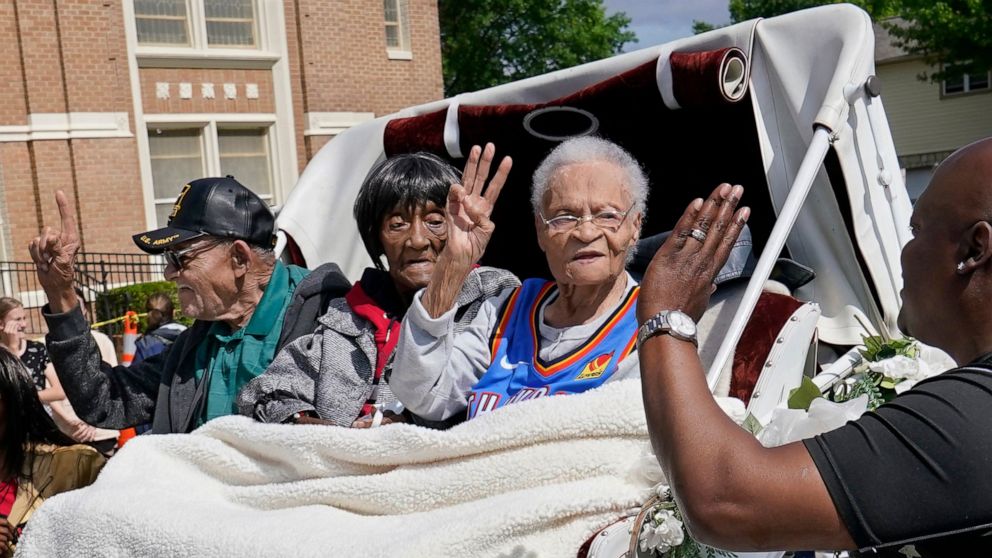 TULSA, Okla. — The three known living survivors of the 1921 Tulsa Race Massacre are receiving a $1 million donation from a New York philanthropic organization.

Ed Mitzen, a businessman and philanthropist, told reporters in Tulsa that he was prompted to make the donation after reading news reports about the massacre.

Business for Good did not immediately respond to a request for additional comment Tuesday.

Fletcher, Randle and Ellis previously received $100,000 each from the Tulsa-based non-profit The Justice for Greenwood Foundation.

The three and descendants of victims are currently suing the City of Tulsa and other entities for reparations for the destruction and lost wealth as a result of the massacre in which a white mob attacked and killed hundreds of Black residents. The mob destroyed what had been the nation’s most prosperous Black business district in the northeastern Oklahoma city.

A Tulsa judge earlier this month rejected a request to dismiss the lawsuit.

For more AP coverage of the Tulsa Race Massacre anniversary, go to https://apnews.com/hub/tulsa-race-massacre