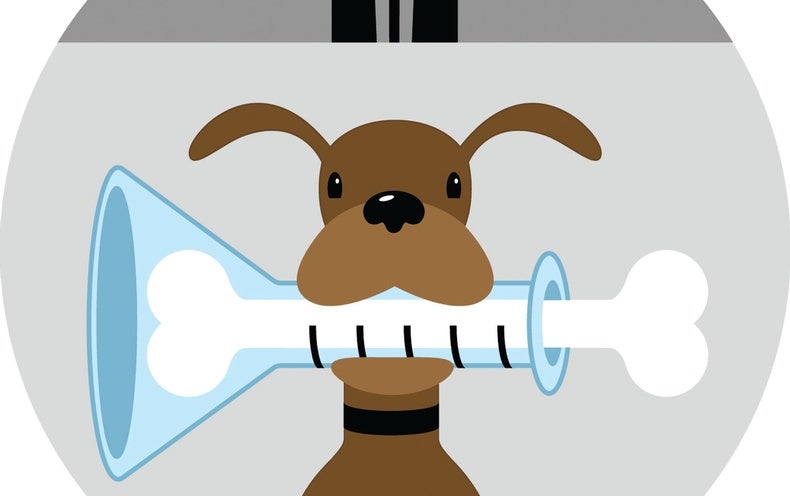 Laboratory-grown organoids—tiny cellular structures that mimic an organ’s anatomy and functions—are becoming increasingly useful in medical research. Such micro-models of the brain, lungs and other organs have been around for years, but creating them for bone tissue has proved uniquely difficult. Bone stands apart because its different cell types exist within an extracellular matrix, a continuously remodeled network of collagen and minerals. Previous organoid attempts have failed to capture how human bone cells form in parallel with this matrix and interact with it. Now, however, researchers say they have developed a lifelike model that will help them better understand a range of challenging bone diseases.

A new study in Advanced Functional Materials presents the first organoid with a “unified view” of bone formation’s critical early stages, according to lead author Anat Akiva, a cell biologist at Radboud University Medical Center in the Netherlands. Akiva and her colleagues found that by applying mechanical force to mimic the stresses that shape bones in the human body, they could trigger bone marrow stem cells to transform into bone-building osteoblasts and growth-regulating osteocytes, which together produce all the proteins they need to function. The researchers’ process also spurred growth of an extracellular matrix closely resembling that of human bone tissue. The end product after four weeks of growth: a miniature cylinder of woven bone, which in living bodies is the type of bone laid down first and later replaced with a more mature form.

Researchers could use this new tool to watch what happens at the molecular level when the building process goes wrong, causing bone disorders that affect tens of millions of people worldwide. One such disorder is osteogenesis imperfecta, or “brittle bone disease,” a genetic condition that weakens the extracellular matrix and can cause hundreds of spontaneous bone fractures over a person’s lifetime. Bone cancers such as osteosarcoma also involve dysfunctional bone formation, and this model could explore how cancer cells infiltrate the extracellular matrix and make unwanted new bone.

Bone organoids could additionally help doctors develop highly personalized therapies, says Ralph Müller, deputy director of the Institute for Biomechanics at ETH Zürich, who was not involved in the study. To craft a treatment plan, investigators could grow organoids from patients’ living tissue samples and test how an individual’s bones would respond to various interventions.

“We have a reliable system for forming bone,” Akiva says. “We can actually go to the fine details to study what exactly goes wrong and if and how we can fix it.”